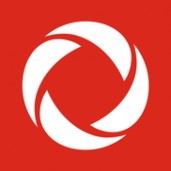 ↳ They had no right to change my tariff!
Mobile/Cellular Service Providers

↳ Bully tactics to get money
is not affiliated, associated, authorized, endorsed by, or in any way officially connected with Rogers Communications, or any of its subsidiaries or its affiliates. The use in this website and/or in related promotional print or video material of trademarked names and images is strictly for editorial and descriptive purposes.

Rogers Communications → They had no right to change my tariff!

I’ve been using the services of this operator for several years, a contract was signed between us with specific conditions and prices. But the term of the contract didn’t expire, and my subscription fee was increased. Moreover, if previously money was withdrawn once a month, now it’s done every 28 days. Look at this and notice how… Read more➤

They offered me 4+4GB data plan, but once I saw my bill at the end of the month it says 2+2GB and I’ve been charged for extra usage. This is a total scam. This company is a perfect example of well organized rip off and they are really good at their job. User’s…

Rogers Communications → No refund for return of Sim card sti

@Rogers @CityNews Likes to use bully tactics by cutting services with no warning and then hold your services hostage by telling you that if you do not pay you will not get your service back and then after you pay they charge $35.00 to reactivate it, then 4 hours later send an email stating that services will… Read more➤

Afternoon and over the past weeks I could not remember my code to be able to.retrieve my voice messages so I called and talked to this wonderful lady from Roger’s.who worked with me But as I was at work, I could not completey access my voice messages. Once I am not working I will call Roger’s and… Read more➤

i am on a plan for 25.00 per month as i am a senior and was on chatr prior to the problems i was having… they gave me a free month and i would like an invoice sent to my email account so i can pay thru my bank and also an adjustment to my account that… Read more➤

Rogers Communications → We don’t need this kind of Internet!

When I recently purchased a modem (for a laptop, to the country) — I was just happy: I will finally be online in the summer! For the first three years, everything was fine — normal subscription fee, unlimited, signal quality. Even work remotely, even upload photos, even on YouTube “sit”, even with torrents download. For all that… Read more➤

Paying for Phone Number which has been changed to another Number. Son paying for New Number. I AM PAYING FOR ORIGINAL NUMBER.$113.00 PER MONTH I DO NOT HAVE PHONE, SON HAS PHONE. BOTH OF US PAYING FOR 1 SERVICE. I WAS NOT NOTIFIED I HAD TO CANCEL ORIGINAL PHONE SERVICE. I thought Phone Service to Original Number… Read more➤

Called on June 5 to cancel Smartwatch sub. Charged on June 7 bill. Called again to stop service and idiot rep said Their records show I called to cxl but I didnt confirm their cxl email. Never told to expect an email nor received one. Rep cxl wo email request. Request credit but he said I didnt… Read more➤

Update by user Jun 16, 2021 I contacted Rogers as I was added to my Mothers account to speak on her behalf, and was offered a credit of $239.04 which I declined. I went through several levels of representatives which got me nowhere. I filed a complaint with CCTS of which Rogers is a member and…

After receiving your CV, I received an invitation to a job interview led by a young man. Vacancy - a pawnshop employee. During the job interview, questions were asked that have absolutely nothing to do with the work to be done. Asked about marital status and children. If there are children, then it is bad, because children tend to get sick and the employee cannot go to work. Obviously, preference is given to people who do not have children. There were still questions about leasing and loans, do I have any. Do I live in my own apartment or drink, do I have a mortgage, etc. These questions were based on the fact that employees tend to steal, especially if they have credit obligations. And also the intelligence from the police. I was under the impressionthat all potential job candidates are considered thieves.