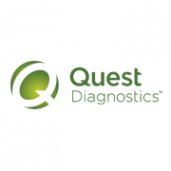 ↳ An employee who keeps harassing my father
is not affiliated, associated, authorized, endorsed by, or in any way officially connected with Quest Diagnostics, or any of its subsidiaries or its affiliates. The use in this website and/or in related promotional print or video material of trademarked names and images is strictly for editorial and descriptive purposes.

I recommend that you just close the Haddonfield office. It only seems to get worse, never better ! This morning I arrived about 9 AM, signed in and took a seat. There were 4 chairs and I took the last one. Heard a bunch of chatter coming from the back areas but no one appeared for about… Read more➤

Before going for blood work, I called my insurance company to find out if I would be charged.They said I was fully covered &;;;;;;;;;;;;;; should receive no charge. Quest makes you sign a form saying anything not covered by insurance will be charged to your credit card. They wont proceed if you don’t sign. I then was… Read more➤

Quest Diagnostics → Cannot get through to pay my bill

I have tried to pay the small bill I owe. I have called the number on the bill and several other numbers. NO number is functional Bill Number 844004**** $17.62 Please call me to resolve this matter. 424-777-**** It is ridiculous that such a large company makes it so hard to pay a bill, while simultaneously sending… Read more➤

Hello, I’m repeatedly being denied psychiatric care for having “outstanding bills”. I have both Fidelis and Medicaid, and both companies are only denying to cover my bills when the billing department sends them out months late. This is absurd and shameful. It is not my responsibility as the patient to do the job of your billing department,… Read more➤

Quest Diagnostics → Random text claiming I have a bill

Got a random text claiming I had a bill invoice to review via the website link I did NOT click on and a phone number to call. I was feeling in the mood to tell off a scammer so I called the number and after ages of waiting was greeted by a thick accented foreigner who claimed… Read more➤

Quest Diagnostics → Quest will not start up

Im getting a box with an up arrow and cannot fix it. Ive tried factory reset and spen hours in a chat to solve the problem. Now quest oculus Quest2 is saying they have no replacements in stock. Not offering a refund. Worst service ever! User’s recommendation: Do not but.

on phone f(on Hold) from 12:15pm until 1:00 pm on Tuesday Aug 3, Then when the person from billing did answer, she said she couldn’t help me. The only thing that I needed was for the billing department to send a paper bill. Even customer service people said they have not been able to reach anyone in… Read more➤

Quest Diagnostics → Horrible Treatment/personnel do not want to work

Dear Quest Diagnostics, I’m writing to you in regards to an specific location at 13808 SW 8th St., Miami Fl 33184. Please supervise this location for the company’s sake. All employees there do not want to work, they treat patients poorly, and put any excuse to not assist you. I just had to cancel my appointment because… Read more➤

Took 45 minutes and 3 tries to talk to someone. There is no sense of urgency or real concern. Automated replies and questions are too superficial. User’s recommendation: Call early and often.

Do not refuse the bus

16.06.19 right 15.05 route Jersey City-Oakland my driver did not allow the bus because I said when I am intoxicated I called the police they confirmed when I wasn't and plus plus I was sent off by the police when I didn't have a alcohol intoxication and I was adequate to what would happen to that nordeka if it was the last money to go then I would walk to Oakland . A very unpleasant situation is coming up.