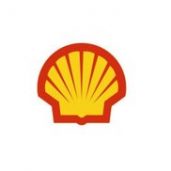 ↳ Apply for gas cardApply for credit card
is not affiliated, associated, authorized, endorsed by, or in any way officially connected with Shell, or any of its subsidiaries or its affiliates. The use in this website and/or in related promotional print or video material of trademarked names and images is strictly for editorial and descriptive purposes.

Shell → One of your pumps will not release my debit card

There should be someone designated in areas that are trained to fix problems like I had with these new credit/debit card readers. Due to no one at the store I was at couldn’t do anything about my debit card being held in the reader. I unfortunately had to cancel that card and get a new one. After… Read more➤

Shell → How bad can it get

My shell card will no longer work. Chip problem. I have tried numerous times to contact shell and I cannot reach them because the account number on the card does not align with the citi bank system. This is the worst customer service ever. I tried another shell number and their response is to give me the… Read more➤

I purchased 1889 “CC” Morgan Proof coins Paid a total 250.00 I used my Shell Card. I was given the impression that this would be an investment on silver coins which stated they were .999 SILVER CLAD PROOF this was the biggest fraud I have ever experienced, thinking they would be worth more I went to a… Read more➤

See the video. I fueling gas 3 time at same time 10 dollar 2.5galoon for each so I spent 30dollar that mean 7.5Galoon gasthey said pump is working find.. maybe my gauge not working i went to bp gas station nearby n put 10dollar its working back to shell n ask the he is very root I… Read more➤

Shell → I have not heard anything

I havent heard back from anyone yet. To fix this issue and Im not happy at all. And the person still there

Shell → Experience at the pump and customer dis-service

Shell offers .05 a gallon discount with signup to their program. It tracks your receipts to provide additional bonuses or keep you at .05 less. You use your phone number as the Alt ID. What they dont tell you – and what is nowhere in the set up – you have to set a pin. You then… Read more➤

Gas Stations / Charging Points
Share Report
123... 11 .
Most Reviewed:
I have been suspended for no reason
→ PlayStation | 77 reviews
earnie (an employee) at dueling barnstormer ride
→ Dollywood | 32 reviews
Store stole my 10$ coupon and Free cinnaStix coupon and DID NOT deliver my food!!!!!
→ Pizza Bolis | 17 reviews
Horrible customer warrenty service and wrong box springs for your mattress
→ Steinhafels | 52 reviews
online courses – ultimate excel
→ StackSocial | 29 reviews
One time loyal customer, will never use this company again
→ Merry Maids | 18 reviews
I send mony by enjaj app to mada card from al Rajshri, money is deducted but did not reach in India, transaction is suspended.
→ Enjaz Bank | 12 reviews
I get paid in two days I just need a little bit of an extens
→ MetroPCS | 93 reviews
Foam in can when opened
→ Miller Brewing Company | 92 reviews
Remote control not working
→ Philips | 88 reviews

On June 14, 2018, I placed an order on the website to which I also received an invoice very quickly. The bill was paid on the same day as the bank returned, so the next day the money definitely needed to arrive. Before I made a payment to find out how long it would take to receive the product, it was important that it took place before the holiday. What a speech! By the time I make the payment, they will send it out and then arrive quickly, so it would definitely be on Omiva's side, but first of all they would not be interested in who to send the package to, then A few days later I realized for myself that they hadn't asked where to send and I already thought it wouldn't be okay. I will send them a letter to a parcel and answer that today 18.06.2018 they have sent a parcel closest to my address, which was indicated in the invoice. It still has neither a shipment nor money, but most importantly, to say that it has been sent out and to wait, Great! Then I write to take out my post myself, return my money to me, it is no longer relevant to me after the holidays. For a while they did not read the messages, then read and did not answer, the phone did not go and the website comments could not be added, strange though, because usually everyone is proud of their work and read to evaluate it, Just not in the case when there is nothing good to say. Then write an apology for the missile, judging by the complaints would be a long time with such misconduct to deal with. In the coming days, promising to return the money, I look forward to it, but also www.ptac.gov.com will be informed, there will be no harm, it is enough to harass people.