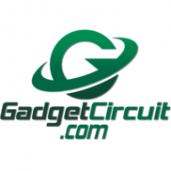 ↳ Back screen is not working
GoPro

↳ Need info to compare models
is not affiliated, associated, authorized, endorsed by, or in any way officially connected with Gadget Circuit, or any of its subsidiaries or its affiliates. The use in this website and/or in related promotional print or video material of trademarked names and images is strictly for editorial and descriptive purposes.

Gadget Circuit → These guys are the worst!!

I bought a Canon camera from this website www.gadgetcircuit.com and when I received it I wasn’t able to find the warranty. I contacted customer service and they claimed that warranty must have been somewhere. I checked everything several times and I was sure there was no warranty. They told me not to worry and claimed that they’ll… Read more➤

I bought Panasonic camera from Gadget Circuit LLC. I got it before the trip and I tried to make the photos. It was great, but when I went to the trip and wanted to make the video, this camera didn’t record. When I returned home, I contacted the owner of this company. I have returned the camera… Read more➤

Gadget Circuit → don’t deal with them, everything is so slow

I found lens on the website www.gadgetcircuit.com. I bought the lens, and it was said that the process would be sent after the payment would be confirmed. But I received the email 2 days later, where they told that they needed to reprocess my card. It would take 1-2 days. I waited 7 days and finally they… Read more➤

Gadget Circuit → They took my money and provided fault info

I purchased Nikon camera from the company www.gadgetcircuit.com. This company is big scam, so better avoid these jerks. I placed the order and got only fake confirmation email. I tried to check their info and tracking number, but all websites and icons, which I opened, simply didn’t work. I have no idea where my order is and… Read more➤

I ordered some stuff from the website www.gadgetcircuit.com. I got confirmation info from completely different company, and I was anxious about it. So I went to this website and tried to contact the rep, but the phone number was fault or they simply switched the phone off. I have no idea, but I have no possibility to… Read more➤

I had called Panda Taxi, you promised to be there in 40 minutes. It took 1 hour and the "Panda" company called us back and said that the taxi would be delayed - and most interestingly, the dispechere replied that he did not know after a long time the taxis would be present! Although the original option was - after 40 min. I still understand that she would call back and answer again - after so much time, but no! She couldn't even answer it - said that unknown, no information.... (but the response is, therefore, the dispechere is meant) Very dissatisfied! I will be in contact with this company for the first time, and never more - it's better to pay more and feel responsible and quality!