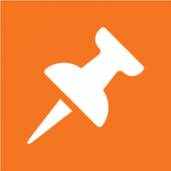 Category: Other
Links of Thumbtack

User's recommendation: when I created my account the thumbtack ‘name’ they...

↳ 1I need talk to customer service
My account is locked and need to activated and has been for a few days and none ...

↳ Problems logging in
Have emailed them several times.

↳ Pro can’t get in account
I engaged a landscaper.

↳ One Landscaper Collected $800 and Vanished
They won't give me my refund of 300 hundred I brought a lead package deal and wh...

↳ To try to get a refund
I am unable to leave a review on their website or on Thumbtack.

↳ Cannot post a review
Need to activate i have lost alot of money since this deactivation.

↳ Deactivated for no reason

↳ Item not yet delivered from last December
ParkingEye

I want to cancelled my membership and stop taking out $50.00 out of my account. If you need more information let me know and i will give it to you.
Other
Share Report

One Landscaper Collected $800 and Vanished

I engaged a landscaper. The guy took $800 cash (I have pictures of the bills as well). He executed a $1700 contract to do the landscape work at my home. Did half a day’s worth of work, collected $800 and vanished. Sent numerous mails via Thumbtack and text msgs to his personal phone but no response for... Read more➤
Other
Share Report

Put a request on Thumbtack to replace shower fixtures. Plumbing “contractor” was not licensed and really made it worse after he left “fixing” the current system. User’s recommendation: Skip. Go to Anji.
Other
Share Report

My calendar is blocked 3 months out, but they continue to send and charge leads. I cannot reach a human. User’s recommendation: Don’t join as a pro.
Other
Share Report

I have my calendar blocked 3 months ahead but they keep sending and charging for leads! I sent a my message from the site two weeks ago and no response. The number I called told me to use text. I Want A Human! User’s recommendation: Don’t sign up.
Other
Share Report
123... 15 .
Most Reviewed
"Leave my ticket open"

⤷ BSN Infotech PVT LTD | 1 review
"Item ordered and paid for. No refund. They cancelled with no reason"

Hello, I am a Optus startup Internet subscription. After moving almost a year ago, I decided to connect to Optus Internet mainly relying on high connection quality. There is no problem with internet speed, even when simply browsing, there is no problem. The problem occurs while playing games. From the beginning everything was great, no problem, a stable internet connection, doing everything that comes to mind. 3-4 months ago, the problem first appeared while playing Counter Strike - after 10-15 minutes the message "Lost connection to server" appeared. When checking the status of the server, everything works at the end of the server, no one else has a problem. When restarting the game, everything works again, it takes 15 minutes,same problem. When I visited the Optus forum and hoped to find an answer, it turned out that I was not the only one. After a while, the problem disappeared by itself and in one of the forum posts I found that Optus had found the culprit backbone server (after several denies that it was a game problem in how traffics are routed). Now the problem is back, just for another game, playing Overwatch, once an hour the connection to the servers disappears, the only way to restore it is to close and open the program. It has gone so far that I set the timer on my phone for one hour and when the timer sounds, I close the program, pause for a few minutes and open it again. When I wrote a letter to Optus, I received the answer that there was no damage and that using a wire from the 4th port of the router straight through the computer, which is just funny, if I wanted to cover the whole living room with wires, would have taken a much cheaper service. Below I copy the links to the Optus forum, which are just some of the identical complaints that can be found. It is also funny that other similar complaints have problems staying in Optus forums. I don't really see the point in staying with Optus and paying for one of the highest figures for a low-quality service, and I don't really see that anything would be done to solve the problem. TL; DR: If you're playing games online, choose a different provider, unless you want to lose your connection periodically.