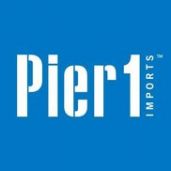 When I asked to speak to a manager/supervisor my request was meant with questio...

↳ False advertisement Pier 1 is closed as of September 1, 2020
Since COVID pandemic started We are not going out neither any shipping is coming...

↳ Giftcard
Unable to track my package due into an invalid tracking number.

↳ Unable to track my package due into an invalid tracking number
Two days later I called to cancel the order having read numerous negative revie...

↳ Impossible to cancel or get your money back
So I called to get the sale price and while trying to reach Customer Service, r...

↳ Sent Me the Wrong Product After Dodging the Sale price
They tried to collect again and now have turned me over to a collection agency ...

↳ Trying to collect for an item I paid for.
The acacia table we ordered is splitting down the middle.

Waited for 4 months for a back ordered item. Was told it was still coming.

Finally reached customer service and couldnt understand a word of what the person was saying. I think Im getting a refund, not actually sure. User’s recommendation: Don’t order if it’s not in stock and gas to be back irdered.
Products and Services
Share Report

L had some blue plates that l liked a lot and they were very nice and big to eat off of. 7 or 8 of them were have come up missing and maybe the person from whom l bought them was a war criminal?

l purchased these plates about 2 years ago and the person who sold them to me was a criminal and stalked me and then stole them from me. l would like a replacement of these 7 or 8 plates that were stolen. Queen Maria Palermo, Cecilia Margaret Goin
Products and Services
Share Report

Impossible to cancel or get your money back

Ordered two chairs. Two days later I called to cancel the order having read numerous negative reviews about the chairs. Even though the order had not yet been assigned to a shipper they told me I could not cancel. They had immediately charged my credit account but I had not received an email acknowledgement of my order... Read more➤
Products and Services
Share Report

Purchase 2 diffusers from Pier 1. I received them broken! Called 3 times and was finally told Pier 1 would ship me 2 new ones. As of today, no diffusers and no refund! User’s recommendation: Poor customer service and still no product!
Products and Services
Share Report
123... 10 .
Most Reviewed
"I needed the bill payment date changed because my payments that I make at the 1st of the month were not going to the correct months payment. I was given to someone who’s name was Chris and he was th"

⤷ Tide | 93 reviews
"A sham. so many problems. and they want to charge $1 to get an answer from an “Expert”. Unbelievable"

There was a convocation of African members of the hotel throughout the 3rd floor of the hotel and possibly between the floors. The doors of their rooms to the corridor were open, and communication took several hours. Then, when it was no longer bearable, around At 22:00 we went for a walk to the city center and at the reception pointed to the disturbed peace. Instead of the receptionist Sandra Puka saying that she would ask this question by At 23:00 will be resolved, she said: "what we are indulging in and how we treat him". Then I said I understand why money is charged at check in rather than check out. To which the receptionist replied that worldwide hotels charge a fee for the service check in. Strange though. As I have been to and lived in hotels in at least 20 countries on several occasions during my professional career, this statement seemed absurd to me. My spouse has run public catering companies and a hotel in Old Melbourne for more than 10 years during his professional career. She was also really surprised by this attitude. It was also disturbing that at lunch in the hotel restaurant hall there was a voice of a funeral director from above the room. We wanted to relax but did not succeed. out.