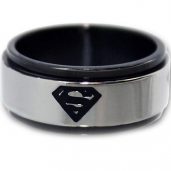 ↳ Not what I ordered
Jewelry and Accessories

↳ You will not find a WORSE company
is not affiliated, associated, authorized, endorsed by, or in any way officially connected with Justtitanium, or any of its subsidiaries or its affiliates. The use in this website and/or in related promotional print or video material of trademarked names and images is strictly for editorial and descriptive purposes.

So I ordered a wedding band for my fiancé on September 11th and I received in a month later and I was super excited well the ring I ordered was supposed to look like this ( picture or web site) but I ended up getting a totally different camo than what was advertised. The ring it self… Read more➤

Justtitanium → Not what I ordered

The ring i ordered was suppose to be titanium but the ring i received was stamped inside tungsten carbide. I had selected this company as they had on there website titanium blue ling ring and it was the metal i wanted. I psid 200 canadian. I could have got similiar ring in tungsten for 50 canadian elsewhere…. Read more➤

Ordered a pair of wedding bands from this company. Black Tungsten 5mm with a very thin inlaid silver center “stripe”. What I received was a 6mm band with a MUCH large silver stripe. My wife liked the web picture because it was very subtle. Called the phone number listed, never received a call back. Went back and… Read more➤

Justtitanium → You will not find a WORSE company

Rosanna Robinson, customer service rep, is a {{REDACTED}}. I ordered a titanium ring & received a tungsten ring. They told me to ship it to Hong Kong (at my expense) & then “never received it”. I’m out $100.

BUYER BEWARE – Terrible, terrible vendor – stay away – do not buy anything from them!! They are based in Hong Kong and you will have no legal recourse to solve your issue! I ordered a ring that took over 6 weeks to get here and when I received it, the stones fell out after only the… Read more➤

Justtitanium → Shipped late and rings were the wrong size.

I ordered my wedding rings on 1/31/2017. The website said they would be ready in 4-5 business days–that would be 2/7/17, at the outside. My rings were not shipped until 2/11/17. We both wear the same size ring. When are rings arrived, not only were they way larger than had been ordered, but one of the rings… Read more➤

They stole my money. I returned their *** cheap product and they refused to refund my money. I have been in touch with them dozens of times and they conveniently can’t find my return even after I sent them my return slip for proof of return an followed their return directions. The necklace I ordered was supposed… Read more➤

Ordered a ring online from Just Titanium. I got sized beforehand to make sure I would buy the right one. What I received wasn’t a comfort fit, like the one I ordered, so it was too loose. It was also the wrong color (stripe inverted). This is just the beginning of my bad experience. They didn’t seem… Read more➤