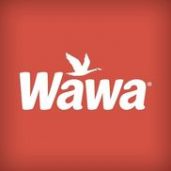 ↳ The products are second to none the way the company is run is the worst I’ve ev...
Food and Beverages

↳ They never give me a receipt and never know how to use your coupons
is not affiliated, associated, authorized, endorsed by, or in any way officially connected with Wawa, or any of its subsidiaries or its affiliates. The use in this website and/or in related promotional print or video material of trademarked names and images is strictly for editorial and descriptive purposes.

Ordered a turkey club today, first it was made wrong and has ham on it. Bread is beyond stail, edges are hard as a rock and tomatos are rotten. Absolutely horrible! A User’s recommendation: Don’t sell old food to your customers.

They hire new people who dont know how to scan the coupons that I receive from Newport. I usually buy cartons and the coupons provided by newport.com can only be used once until expired. I also never get my receipt even after asking for it. User’s recommendation: Go somewhere else who knows how to scan a coupon… Read more➤

Wawa → Repeatedly having no smoothies in heat wave

Store on Columbus blvd store #191 in Philadelphia has repeatedly been w/o smoothies or products for their smoothies without any explanation except for we dont have it. Truly unacceptable in the midst of a heat wave User’s recommendation: NEVER SHOP HERE.

When Im ordering custom sandwich, person working behind deck they making fun what kind of sandwich who is this kind of sandwich what is that! It looks like embarrassing to people whatever we order what it was in menu option were not ordering different food than you guys sell them so why they make them funny todays… Read more➤

I waited a long time to talk with someone but when they finally answered it was good. Turns out it is my banks fault. Wawa was able to pull up the receipt and send it to me. The lady assisted me with how to contact the bank- she reported that she gets lots of calls about this…. Read more➤

Wawa → App has not worked in 3 weeks since last update. Please get this fixed as I prefer to order on the app to get my rewards

Trying for 3 weeks to login to the app. Email, password, verification code entered and keep getting error message ME0001. Also cant pull up the regular website. Getting error code 15. Pathetic User’s recommendation: Don’t bother with this app, go somewhere else to avoid the aggravation.

Very ignorant, workers should go back to camden were they belong ! Thought I was trying to take a sandwich that was paid for but to lazy to look at the receipt, that’s a typical camden move! He belongs back there not were honest people are,very sad User’s recommendation: Look at workers then decide if u want… Read more➤

I didn't visit the restaurant, but ordered pizza with home delivery. I feel disappointed in what I saw when I opened the pizza box. Pizza called Assorted Meat - reminiscent of pizza - find a piece of meat every 5 bites. So to say, the meat on her was less than I had hoped to see when ordering a pizza for 18 dollars. It wasn't even disturbing that someone had pretended to have cut them - there were lines, but there was no effect, they had to cut themselves and struggle, because the pizza dough had become like gum, but probably because the pizza itself was almost COLD. I don't know how long someone was led him, but I well remember not ordering a cold, uncut pizza.