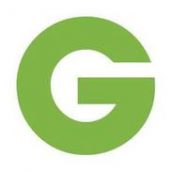 ↳ Product shipping
is not affiliated, associated, authorized, endorsed by, or in any way officially connected with Groupon.com, or any of its subsidiaries or its affiliates. The use in this website and/or in related promotional print or video material of trademarked names and images is strictly for editorial and descriptive purposes.

Groupon.com → I did not receive Groupon in email after credit card was charged.

I signed up as a guest to order a Groupon on 08/28/2021. I gave my information and did not receive my Groupon in my email. My credit card was charged. I tried to contact customer service, from many sites and information, to find out what had happened. I do not have a Groupon number since I did… Read more➤

I bought teo zoom led teeth whitening groupons for myself and my son. I researchec and read losds before deciding to go with imperial smile beauty. There teeth whitening is advertised on their website at £250 and lasts 1 hour with 3 15 min sessikns of led light with 3 separate bleaching/whitening put onto teeth. Also cleaning… Read more➤

I ordered a rolling duffel bag on Saturday Sept 7th. On Monday am, I emailed the merchant to check whether this could be overnighted (as I need this ASAP for a trip) stating that if if couldn’t get to me soon, I would need to return it. I made no mention of dates, or indicated that I… Read more➤

Order # [protected]. Purchased 07/16/21 For Full synthetic oil change from 561 Repair. I went to print the Groupon coupon the next day, 07/17/21, and the Groupon site said it was redeemed already. I never was present at the mechanic on 7/17/21. This is fraud. I called the business and spoke to Ray. He said don't worry… Read more➤

Groupon.com → Groupon as a whole, and it’s customer service

Groupon refuses to let me into my account and is asking me to provide information from October 2020 to access my account. I’ve explained over and over again that I cannot access this information since 1. I cannot get into my account, 2. I have 5 different cards, and 3. Most of my cards were recently updated… Read more➤

Groupon.com → Groupon closed my account and stole $180 in credits from a Groupon I purchased from a business that closed due to COVID

I contacted Groupon about the fact the business had closed per executive order by the Governor due to COVID. They extended the time to use the voucher, but I finally got a call back from the business that they had permanently closed. Groupon refunded my $180 and said that there was no time limit to use the… Read more➤

On June 24th, 2021, I tried to sign in to my Groupon account and couldn’t. I thought I had forgotten the password and hit the forgot my password link. An email from Groupon arrived indicating that I do not have an account with this email. I started to get really worried because I purchased multiple groupons around… Read more➤

I purchased the above referenced with a Groupon in February, 2021 & I still haven’t received it. Have sent several emails to which they apologize but will send as soon as they can. Recently I have sent 2 emails asking for an update with no response from them. Can you help me? My order #[protected]. Cynthia Clinkenbeard… Read more➤

Groupon.com → Constant delays and other articles added to my order (battery producer) by unknown hand

Ordered, and paid for, a pair of green dandelion pants for my wife, size 16, but constant reference to order form shows IN TRANSIT for 20 days. Intolerable Ordered a blue linen basket, and had my credit card rejected on 7 occasions. On 17th May found your machinery waS STILL USING THE FOUR LETTERS OF MY CREDIT… Read more➤

Groupon.com → No clear contact to cancel order, and refuse to refund

I placed 2 orders for their Lobster specials for Mother’s Day. 1. The site was very difficult to navigate through after placing the order 2 Difficult to find a contact number for them to talk with someone. 3. The message says there is a site to chat with someone, I couldn’t find it. 4. After sending an… Read more➤

I have never complained that the seals did not hold in my teeth, but two of them soon fell out. From the beginning, they both spoke to my nurse in an offensive tone. A detective story could be written about the repair of tooth d16. It started drilling in the autumn of 2020 and continued several times. Drill, chattering with the nurse, in several walks and for so long that I felt - it is being drilled too much. After the SS reaction, I sensed that something was really wrong, even though nothing was said to me. When asked if the tooth was not perforated, he answered in the negative, but worried. I was finally given a temporary seal that stayed there for about 3 months. He said that after the New Year to fix and - "we have such a program there" - that was the only information I received. Jutu,that something is being hidden and that the tooth has been drilled, and X-rays were hidden from me - when I turned back to look, the image was immediately closed on the computer. All this was already so suspicious that when I arrived in January, I sat in a chair with a mirror in my hand, but S. Silina took it away from me by force! For a very long time I had to sit with my mouth open, some wire was in my teeth and it seemed that nothing was happening, I just heard a background sound on the computer behind me - something they were listening to there. Then they seemed to be talking to someone behind me. I was not allowed to turn around, turning my head back with both hands, or explaining anything with a word! Then I managed to tilt my head back, and I saw a man with rusty beard stubble, with whom they both talked, who at that moment squatted down to hide from me. My head was straightened again with an iron grip,so that nothing would happen again for a long time, without explanation. I had to sit with my mouth open for at least 40 minutes while they looked at the computer and talked. She tried to put a very long, long peak of filling in my tooth, in which something seemed to be hidden and I asked - what is it? Nothing was explained to me again, but when I tried to get up sitting, I pushed back into the chair with force! It happened several times, and I couldn't get up from my supine position if I was pushed back like a ball! I could only repel her, but I intuitively felt that I was being specially provoked and that if I took her hands, a team of psychiatrists might be called (I had already heard something like that). I looked over my shoulder helplessly, but no one was in the office anymore. I couldn't get the bag that carried the phone. Since the door was open, I called - the Police,call the police! Although there were other doctors in the doctorate, no one responded. However, I put this big peak in my tooth and it seemed to be screwed. Another dentist said I had an implant there. Dental X-rays are secret and ethical violations are not commented on by the Dental Association or the Health Inspectorate! Once I was there, I was clarified with another patient. So my case isn't the only one.