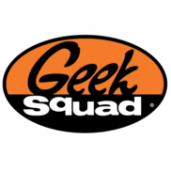 ↳ Geek Bar (Watermelon Ice)
is not affiliated, associated, authorized, endorsed by, or in any way officially connected with Geek Squad, or any of its subsidiaries or its affiliates. The use in this website and/or in related promotional print or video material of trademarked names and images is strictly for editorial and descriptive purposes.

Geek Squad → No show for appointment / no phone call either

I scheduled and appointment to service my refrigerator, they were supposed to be come out Monday 9/14/2021 between 7am and 1pm, Case #[protected]. Nobody showed up no phone, no email letting us know they were not going to make it. My husband took the day off to be there since it was an emergency for the technician… Read more➤

To whom it may may concern, i recently purchased the ‘Water Melon Ice’ geek bar. To my distraught when i took a puff all the liquid came out into my mouth. I refrained from using it again and didn’t think anything else of it. When i woke in the morning my mouth was in agony and full… Read more➤

This has been going on for the past 3 months and more since the service technician came and diagnosed the problem with our oven shutting off in the middle of baking/cooking. We were told that the unit needs a part that needs to be ordered but we never heard back from geek squad or any other party/repair… Read more➤

Geek Squad → I am complaining about a repair that was never done, no update on status, being given the runaround and being given false information.

These are the work order numbers that I was given 00572-[protected], [protected], and [protected]. My computer has been in Best Buy’s possession since early July, I was told when I brought it to the store in Metairie, LA that the mother board had died. I paid to have files copied to an external drive in which I… Read more➤

Today I called sevreral times Geek Squad, RE: to Computer Services at Eastern time 2:00 P.M. & the promised 45 min. retrn call or chat notice did not hapen. Only in 2hrs. then 2 other agets I was transferd to & the last one (Abdula) D/C-d me for my TEL….

-order number 00298-[protected] Store in Colorado Springs 7675 N Academy Blvd 80920 Laptop taken in for an issues with the wi-fi card. It would recognize wi-fi signals but would not connect. When I checked it in, the techs took a few minutes and confirmed the issue. Nothing was said about replacing any parts. 2 days later I… Read more➤

Used to be conducting a live online chat was a pleasure because one could state their problem, immediately have a PC Tune-up and have your problem fixed in 1-hour max. Tech Support agreement was $99/year which covered all PC’s (only) in your home. Then Service Tech Support agreements for PC’s were blanketed into the new “Whole House”… Read more➤

My email keeps getting hung up since my hard drive was replaced by the Geeksquad, resulting in no incoming email. I have called four times already and each time the agent insists they can fix it but they never do. It works for 24 – 48 hours and then it stops. I am beyond frustrated as this… Read more➤