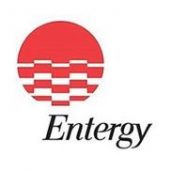 ↳ Being charged a ridiculous deposit for no readon
Utility Services

↳ LED Light on pole in front of neighbors house
is not affiliated, associated, authorized, endorsed by, or in any way officially connected with Entergy, or any of its subsidiaries or its affiliates. The use in this website and/or in related promotional print or video material of trademarked names and images is strictly for editorial and descriptive purposes.

Entergy → Being charged a ridiculous deposit for no readon

I have had my entergy with my apartment for over a year now. First issue I had with them was after a year my auto-payments randomly stopped going through. I checked my auto-pay every month, and every month it would say its on, then it would instead not charge my account and I would get late fees…. Read more➤

8761 Gail Dr Baton Rouge, La Today Tue Aug 31 lineman contracted through Entergy had to put a new electric pole up and they did a great job but they just laid the old pole and tree they cut away on and across my driveway. There is a tree down on my driveway but I need the… Read more➤

New Meter installed (which unsure as to why) and meter was not “cleared” upon installation and we were charged for and IMPOSSIBLE 9200 KWH (the house is a rental and is uninhabited presently) and a $1000 bill. Been trying to get resolved for a month. Everyone agrees to the problem and why it occurred but for some… Read more➤

Entergy → LED Light on pole in front of neighbors house

I put up Solar power motion lights on my house, garage and faceing my drive way, then Entergy put up a LED night lite on the pole just down the road from my house. Now my motion lights won’t operate because the light from there LED light is lighting up my house eves and my motion lights… Read more➤

I have an old utility service on my property I have been trying to get disconnected so Ascension Parish Drainage can improve drainage across my property. On July 27th I called and waited on hold for 45 minutes to make an appointment. On July 30th I had an appointment to have it removed. After waiting all day… Read more➤

Entergy → Run around for lights

Apparently I have been paying a bill for the wrong apartment. So instead of contacting me cause it was 2 bills for one apartment they just shut my electricity off. Now its been 2 days and I’m getting the run around. When I turned the lights on there was no need for verification. Now all my food… Read more➤

I am an apt manager at a complex, the tenant living in one of the units skipped her rent and didn’t pay her power bill. I need to turn on the service at the address, so I can re-rent the apt.

I paid Bill. Matrix for Entergy Bill and they made the payment go through 3 times and putting me now in a financial bind because of their mistake charging me the same amount 3 times instead of the one payment due and I had to spend several hours on the phone with both companies trying to clear… Read more➤

There is no warranty repair at this company. Under the pretext of invisible mechanical damage, 20 lats are required for repairs, which is probably the standard price. The phone switches itself off when calling. Products - defective. Two similar cases in a short time. I will no longer use the services of this company.