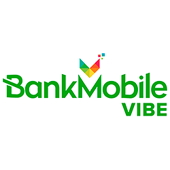 ↳ My enjoyable experience with this bank
is not affiliated, associated, authorized, endorsed by, or in any way officially connected with Bankmobile Vibe, or any of its subsidiaries or its affiliates. The use in this website and/or in related promotional print or video material of trademarked names and images is strictly for editorial and descriptive purposes.

Bankmobile Vibe → My enjoyable experience with this bank

I have no single idea why there are some reviews claiming about poor service of the bank. I am somehow the ground breaker of them because I joined their services since their launching. At first, it was very awkward because I regularly came across problems with the money withdrawals for no reason. After that, I figured out… Read more➤

A company that misleads

The situation is unpleasant, to say the least. At the beginning of 2020, I connected Oceancom to the Internet and cable TV because it was cheaper than others and I was satisfied. A year passed (March 2019). Call. Bla Bla Bla... we are upgrading the system and cable TV will not work at all- You need to switch to digital and as a bonus we offer i-net 100 mbit per second. and for that you only have to pay AUD 0. 50 (Which would be reflected in the invoice as AUD 12. 40). I ask how much to pay if the contract is terminated. Answered that some 20 AU$ only. It sounded tempting (at least with my spinal cord I felt I had to give up), so I agreed. after a few days was present, added everything as needed. And I have to say that everything went well (I'm not complaining about the services themselves) until I started calling them to disconnect the service, because we moved to another place of residence, where Oceancoms vnk does not provide services. (At that point, until the end of the contract,by my calculations there were 4 months left. And here began the problems. It turned out that you have to pay over 40 AU$ for breaking the contract (instead of 20, as the young lady initially told me). Kind guy on tel. also convinced me that there are only 4 months left, after which I will be able to change the service. Ok I calculated that it is cheaper for me to find a person who will use these services for the rest of the contract. Found! A couple of days a master came and switched from my apartment to another. And here the most interesting thing is not enough, the fact that I received two bills for each of the two (old and new) addresses with a difference of two weeks, which I paid automatically - and if I hadn't recorded it myself, they wouldn't have called me either. deducted the overpayment from the invoices. It turned out that the accounting was to blame (of course!). Ok, but then the most interesting thing started. Fully convinced that the contract expires in February / March 2020, because the contract was concluded in February 2020, we agreed with the new service recipient that she no longer wants TV, but only i-net, call Oceancom and said that in March want to stay only online. And these tell me that I have a contract until March 2017. I mean, what about the figure... of course, it turns out that when they shut down my digital TV and increased the speed of the i-net (March 2019), I signed the paper with the absolute conviction that the only thing that changes is that digital TV will now be and faster i-nets. a turns out to be three layers inside the folded paper with a small tick that was already pulled in before coming to my apartment it is unchecked that the contract is concluded (again!) for two years. respectively the old covenant, which was concluded for the gods for years,without my knowledge it is canceled and we are again associated with Oceancom for another 2 years. and the 1 year I have already used the services no longer counts. I checked the last contract when I changed the address for receiving the service. Thank God, there is an old contract in the notes. the deadline is until 2017. March, but the tick (which had knocked me down) this time had already been ticked with a pen in time. Of course, I signed myself — the culprit itself!myself signed-herself guilty!myself signed-herself guilty! The moral of my whole long story is to warn people that: 1) Don't make my mistake and look at every fold in each fold and pile so that you are not deceived; 2) Think 3 times before engaging in any relationship with this firm at all. Then when you connect or sign things - everything happens quickly, and when you want to get rid of them, they don't spare time or other resources just to convince you that it is not profitable for you to leave now. p>