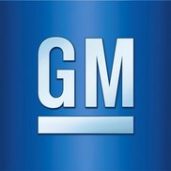 ↳ No car for me
McCarthy Volkswagen

↳ Upcharge for Roadside Assistance/Insurance
is not affiliated, associated, authorized, endorsed by, or in any way officially connected with General Motors, or any of its subsidiaries or its affiliates. The use in this website and/or in related promotional print or video material of trademarked names and images is strictly for editorial and descriptive purposes.

Shocks went bad front end leaking. Causing issues. Was told by dealer none in stock gm was working on the problem making new shocks, whenever I called to get the shocks I was told over and over back ordered 2 – 3 weeks. For about a year. And $1700.00 To replace defective shocks. Front brake rotors flawed…. Read more➤

I bought a used silverado from my ford dealership. I told the salesman I wanted a crew cab, 4×4 and a towing capacity of 11600lbs minimum. He called and asked if I had to have a Ford f150, I said no and he said he had the silverado with an 11600lb towing capacity. I bought the vehicle… Read more➤

Hello. I purchased this vehicle in January of this year. I own a 2021 GMC Sierra AT4. Since I owned the vehicle it has been towed twice. First time was when it had around 3000 miles on it and the issue was the ECM Module. I now have 10, 000 miles own it and the Lifters on… Read more➤

Check engine light came in on my 2017 equinox which had an extended warranty purchased from the dealer. They scheduled an appointment for 3 weeks away saying it was safe to drive without even looking at it. I contacted Chevy.com and chatted with a representative who sent me to fucillos in Adam's NY. Fucillos refused to even… Read more➤

45 days in repairs for same exhaust emissions issues. Excessive waiting for repair, no truck loaner available, dragging their feet when I requested buyback/, lemon. Dealership has not been helpful. Most unreliable vehicle ever! Do not buy a gmc vehicle unless you want it to be in the repair shop for 20% of the time you own… Read more➤

My dealer is idiots can’t get my first service and after two hours no loaners or trucks since I have a 100,000 thousand gmc 2500 hd and had to get my truck back with my list of problems and they couldn’t give a crap since they moved owners User’s recommendation: Read what ever.

General Motors → I made a appointment with carl black, orlando fl. 2 wks ago, 8-17-21 at 9am. Arrived early and meet with service adv. Jose Rodrigivez. He advised me that they would not be able to look at the car

We purchased a 2007 GMC Acadia in July 2019 from Suburban Ford in Ferndale, Michigan. We haven’t had too many issues but approximately a year ago we began having some transmission issues where the engine would rev up high and could not drive it faster than about 35…

The Wife and I purchased a 2020 GMC Denali Dually on July 2020. Took vehicle into Grey Chevrolet for check engine light appt was on 7/15/2021. After sitting on the vehicle for 5 days all they did was clear codes and said was good ( RO # 6100456/1) picked up truck and engine code was still there… Read more➤