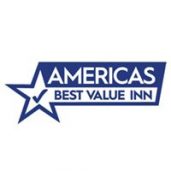 ↳ The room was nice, spacious, new furniture
is not affiliated, associated, authorized, endorsed by, or in any way officially connected with Americas Best Value Inn / Americas Best Inn, or any of its subsidiaries or its affiliates. The use in this website and/or in related promotional print or video material of trademarked names and images is strictly for editorial and descriptive purposes.

Good day to all! I’ll start with the fact that we had a rest-three adults in November 2019. We were afraid that at this time of year it would be cold and we have nothing to catch there. But the weather, surprisingly, was wonderful, Sunny, 25–26*, and the sea 23–24*, cold when leaving the water was not… Read more➤