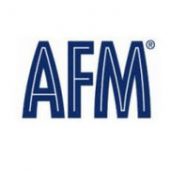 It means either Gravito or those involved with Gravito, did in fact attempt to ...

↳ GDPR Data Protection Issues, Data Access refusal, misuse of data amongst associates, referred to Data Commissioner ICO
So, they are purposefully misrepresenting what the place is currently looking l...

↳ Ignoring customer complaint about questionable practises
Just get rid of the godawful "Sorry, you are unable to view this content" and "...

↳ Godawful garbage
Please note for clarification that this review is for their piano moving servic...

↳ Cussed out my wife in front of my small children and demanded payment for services not rendered.
On the surface they may appear friendly but they have ethical issues to attend ...

↳ Refused to provide Complaints Book, disgusting abuse and mockery from friends to drop complaints
Worsttttt online & over the phone experience of my life.

↳ Horrible, NEVER SHOP HERE
I called called the # provided and they canceled it; my question is can I get m...

↳ unauthorized charges to my at&t acount
Worsttttt online & over the phone experience of my life.

↳ unethical behavior – certificate of authenticity being held back as hostage
DeviantArt

How many filmmakers out there are sick of the way you're treated at AFM? We need to STOP giving our precious films over to these sleazy sellers who prey on us. If the NFL and NBA have player's unions, why not filmmakers? Let's join forces and sell our own movies to buyers. Any thoughts?
Arts and Humanities
Share Report
Most Reviewed
"An issue with my last trip"

Everyone comes for the first time. When placing an order, written delivery tomorrow with any method of receipt. Then either order by choosing statoil, where it turns out the receipt is not the next day. I didn't go into how much writing to receive tomorrow with any form of receipt, which is already first of all deception. So I decided to cancel the order, because the product was needed tomorrow, not tomorrow... Secondly, when I found out, I kindly refused the shipment before the shipment was executed and shipped. The shipment was still in progress. It was said over the phone that it would be canceled, and within 14 days only everything would be returned, to the question of why the shipment has not yet been shipped. They claimed to have been deported anyway and then ordered the statoil to return the item. Logically, sms is present for the next few days... I'm not going to remove the product, and said that the money will be returned only in 14 days, although I canceled my order very early. Where is the logic that the customer calls and refuses the order in time, but they send out anyway! Stupidity... I am not surprised that complaints grow like mushrooms, but people still shop there.. Time must come for the first time for each customer, so that they lose that customer forever. Also, the operators are quite stupid. One operator sees something in the system, the other sees nothing!