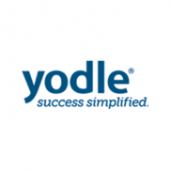 ↳ It was terrible, it’s good that it’s over
Optimum

↳ Dishonest disgusting biased news reporting makes me sick daily
is not affiliated, associated, authorized, endorsed by, or in any way officially connected with Yodle, or any of its subsidiaries or its affiliates. The use in this website and/or in related promotional print or video material of trademarked names and images is strictly for editorial and descriptive purposes.

Can’t get in contact with them my parcel hasn’t turned up and can’t get a refund as I don’t have the item, User’s recommendation: Do not use them use another courier service.

Yodle → Stay away from Yodle.com

Based on the limited experience I had over the phone call of 45 min's with Ms. Yolanda Muscovy (Direct Line: [protected]) I would say that you all need to stay way from them or any marketing company that uses the pressure tactics by lowering their cost in exchange they will force you to sign up immediately. After… Read more➤

I received a phone call from a very pushy salesperson who kept insulting my business sense although I clearly explained that I was a Business Consultant and entrepreneur with two other businesses. After 14-minutes on the phone she promised to have my business on the 1st. page of Google without a contract for $175 per month. When… Read more➤

I decided to sign up with Yodle to generate more clients for my property management business. I was convinced by a very pushy salesperson that I would be placed on the first page of Google within a couple days of signing up and I would receive many calls and emails– more business than I could probably handle…. Read more➤

Yodle → No placement, no calls

I contacted outrank because a friend of mine had used them and stated they generated leads for his business. Four months and over 500.00 dollars later I had no placement and 4 hang up calls. Outrank stated the four calls I received I did not answer the calls. I finally got outrank to give me the numbers… Read more➤

Andrew called our office in Austin- or should i say harassed our office. He called several times and had the worst customer service I have ever experienced.. EVER. He reminded me of a very old, very cranky, very mean used car salesman. And not just any car salesman, one who hasn't been laid in a VERY long… Read more➤

I am an SEO expert – Yodel claims that it builds websites that are SEO friendly for their clients. If you view the Yodel website using Firefox click ctrl + U or from Internet Explorer go to the View menu and click on source – now click ctrl+F and type h1. You will see that the Yodel… Read more➤

Was contacted by their rep who proceeded with a 45 minute sales pitch. Did not like the pressure and the hurry up gotta do it today attitude. Declined to sign on their program. Went to this site to read reviews of others. Found 98% were BAD reviews. Thank goodness I did not move forward with their arm… Read more➤

I got a phone call from this company only to be treated very rudely. I called back and was hung up on 5 times. When I called to speak to a manager I was hung up on again. Then I was called by the same guy John Benjamin and spoken to in an extremely nasty manner. Obviously,… Read more➤

Terrible experience with Yodle. I used their services for one month, then decided that my advertising dollars would be better spent elsewhere. I called to cancel my account several days before my month was up. They put a high-pressure salesman on the phone who became more and more rude, patronizing, and disrespectful. I finally insisted that he… Read more➤

Internet Services
Share Report
123 4 .
Most Reviewed:
Money coming out my account
→ Playtika | 87 reviews
EFOODDEPOT TRIED TO RIP ME OFF, BUT I FOUGHT BACK
→ eFoodDepot | 17 reviews
Telecheck Declined check for $108.00 at Home Depot
→ Telecheck | 54 reviews
Misquoted shipping time
→ Ezbuy Thailand | 6 reviews
Argently
→ Air Asia | 80 reviews
Bad experience with Press’Nseal.
→ Glad | 97 reviews
How do you get the BC50BE charger to charge at 15 Fast Charge? The most mine will charge is 2.1 A. I am ready to send this back and get me one that does work. Very disappointed with your Service Depa
→ EverStart | 85 reviews
My account is locked sahil sheikh king
→ Facebook | 136 reviews
Errors on your sitencan get anreplacement.
→ Adidas | 104 reviews
Class Action suit! Calculated theft from customers
→ Lord And Taylor | 75 reviews

Disrespect for employees on the part of management and unhealthy atmosphere in the team. Immediate results are expected from employees. Everything must be now and now, no matter which department you work in. They do not know how to say goodbye to employees properly and with dignity - they are fired, but they do not know how to state the reason for the dismissal clearly and honestly.