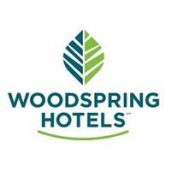 ↳ All good, except the staff responsiveness
Hotels

↳ One of my favorite place
is not affiliated, associated, authorized, endorsed by, or in any way officially connected with WoodSprings Suites, or any of its subsidiaries or its affiliates. The use in this website and/or in related promotional print or video material of trademarked names and images is strictly for editorial and descriptive purposes.

WoodSprings Suites → All good, except the staff responsiveness

The hotel is situated in the best place in town and you can feel the vibe of a town instantly when stepping out in the street. The restaurant has a terrace area so you can dine while being practically outside. It is not recommended when there is strong wind outside, but on a quiet day it is… Read more➤

WoodSprings Suites → One of my favorite place

This hotel is one of my favorite places to stay. First of all, I need to tell about incredibly polite, careful and attentive staff. These people are always ready to help and make my hotel stay to the utmost comfortable and easy-going. For example, one day a receptionist told me how to get to the necessary location… Read more➤

About the Infection Unit

I want to post my problem. The girl is 14 years old, one day says she suddenly has a headache and strong vomiting, I was taken to the hospital, put on infections. Performs analysis, assembled the system, the second day came, told that she has an enterovirus, the temperature stood at 40. gave ibugesiku, nothing broke, head numb, passed days, last week, worse and worse, the end is already watching as she barely goes, doctor Zdune says, well, that's how it always sleeps. Please examine the head, they examined the sinuses, said that everything was ok there. 2017 wanted to put on the house, I ask either way to investigate the head. They did it.. A doctor comes and tells that the child has a head tumor.. Javed to Melbourne, I went to my house and we will go there. Arrived on January 2, it was agreed to drive 9, but we leave only 13, because there were problems with the computer and the printout of the guide. Successfully arrived in Melbourne, the child became very ill. Surgery was planned for 4. 01. The doctor came to Pectam and was shocked, he said if he had known that he was very ill, he could have been married... Why, why do our doctors work so superficially? It's just a child, and it ruined his whole life,treating a caucasian virus that didn't exist at all. I want to blast.