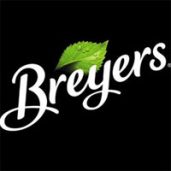 ↳ Kraft Mac and Cheese Delux
is not affiliated, associated, authorized, endorsed by, or in any way officially connected with Breyers, or any of its subsidiaries or its affiliates. The use in this website and/or in related promotional print or video material of trademarked names and images is strictly for editorial and descriptive purposes.

Breyers → Breyers has turned to crap

I always liked rocky road with its pieces of almonds covered in caramel and then chocolate. Now they just have whole almonds with coating and ice cream in lousy. User’s recommendation: Not very good anymore. Don’t waste your money.

Breyers → I found a small black magnet in my ice cream.

Eating ice cream and a magnet was in my mouth from a bite of Breyer chocolate ice cream. I am glad I didnt swallow it, or choke on it.

Breyers → Resses 2 in one

Lots of peanut butter ice cream, with little flavor, and hardly any chocolate ice cream. Also, they advertise that resses peanut butter cups and mini peices are included but hardly any discernible pieces were seen and the minis were sparingly applied. This is the second disappointing container in an many months…. Whats going on over there? I… Read more➤

I had about 1/3 of the ice cream left when I saw something shiny on my spoon. I thought at first it was glass, but it’s actually plastic. It is broken but almost looks like an “N”. I’m thankful I did not bite down it. User’s recommendation: Do not buy!

Breyers → I needed too let Breyer’s know about a scam

I was glad I did because I am a consumer and well aware of the news reporting of scams like wanting too take advantage and do intended harm. I followed legal paths recommended by several agencies. User’s recommendation: I f it sounds too good too be true leave it alone and report it.

Breyers → It makes you vomit

After I ate Breyers Ice cream I had a series of stomach cramps and vomiting all night! I feel terrible now and want it to be taken out of some of the stores. i am a pissed customer of breyers User’s recommendation: Don’t eat ICE CREAM BY BREYERS!

It was almost 10 years ago, I was a teenager and I was eating vanilla ice cream from breyers and felt something hard in my mouth spit it out and it was a piece of glass. Told my parents and they threw out the ice cream. Mailed the piece of glass to the company.. all they did… Read more➤

Sometimes you come across a very bitter pecan in your product. It is so bitter you don’t want to eat anymore please try to test for taste before releasing it to the public very disappointed in this particular product since the ice cream itself is very good.I have brought Breyer brand ice cream for as long as… Read more➤

I purchased a 1/2 gallon container of all natural Breyers strawberry ice cream. We purchase this flavor regularly so when I opened carton and the ice cream looked white instead of pink I thought it was odd. Scooping deeper was no different. There is a hint of strawberry pieces but the flavor is 90% vanilla. I’m sure… Read more➤

Food and Beverages
Share Report
123... 13 .
Most Reviewed:
Money taken no service
→ Meetup | 110 reviews
Pacifica Hybrid commercial
→ Chrysler | 127 reviews
regarding customer care support for my washing machine
→ Intex Technologies | 12 reviews
I want to change the email on my ticket
→ Gotobus | 77 reviews
I am not shopping with Starcret and would like to have my name removed from your mail list. Just not shopping on line.
→ Starcrest Of California | 42 reviews
It’s not working
→ Glade | 88 reviews
No complaints for my CDLA license. Company as a business point of view isnt that great
→ New England Tractor Trailer Training School | 10 reviews
Concerns
→ Quora | 17 reviews
Shawn Hildebrant/Brownbag consultant
→ Brown Bag Party | 3 reviews
You owe me 29.00
→ Menards | 64 reviews

Many parents' children and grandchildren have received a gift after going to the movies. if the buses have a napkin on the seats in the head area, then there is no forum cinemaa. look at the seat headrest is full of foreign hair. I dare say that it is the center of Melbourne lice. how much does it cost in the forum cinema LV VET SERVICE to clean the seats or spend money on napkins, which would do something a little safe. it affects us all. you want lice, go to the movies, or - put pressure on the owners - it's enough to make money, your company is a hotbed of lice.