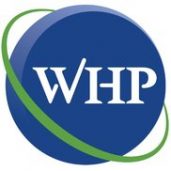 Category: Hosting and Web Design
Links of WebHostingPad
Had the same thing happen to me. Make sure you file complaints with ITC, IC3, FL Atty...

↳ Return or change a ticket? never!
is not affiliated, associated, authorized, endorsed by, or in any way officially connected with WebHostingPad, or any of its subsidiaries or its affiliates. The use in this website and/or in related promotional print or video material of trademarked names and images is strictly for editorial and descriptive purposes.

WebHostingPad → It took them 3 DAYS to fix their own fault

I have been using this service for two years. I moved 4 sites to their host so far. And I was fully satisfied until recently. I used to recommend them to my partners. But, 3 days ago, I found that all my sites were broken. I wrote to the support team, they tried to fix that and… Read more➤

Hosting and Web Design
Share Report
Most Reviewed:
Thank you for your generosity and understanding
→ Endeavor Air

I use 2 minibus services today, both of which had non-professional drivers. Minibus Glendale - Dubulti, departed from Glendale 14:05) - The driver, not waiting for all the passengers to get out to Dubulti, already in Majori started to search, so the passengers will come to enjoy it. "his cigarette smoke. Minibus Glendale - Sloka, left Glendale at 14:10) - A little boy asked the driver to let him go to Majori at school, but the driver did not know where Majori was at all, he did not even tell the guy that doesn't know it. One could at least admit that he does not know whether to ask an adult passenger. Good thing there were some adults who responded and helped the little one. How to work as a driver in general, if you do not know such basic things! It was good that the little half was wrong (probably didn't know) and he needed to go to Pumpuri School. A helpful woman climbed into the breast and showed me where the boy should be. Another driver didn't stop when I asked to stop to get out. Good that noticed in time and did not have to go 5 km back. There are minibuses to drive almost every day. I don't understand who employs minibus drivers! Most are uneducated, incompetent and aggressive. To be honest, others even remind people of newly released prisoners. It has also happened that when driving out of Glendale - the final stop - the driver shouts at the passengers to get in faster and forces the passengers to close the door in front of the other nose, because according to the schedule they have to leave. These offers work for people, not for the schedule, and passengers are not to blame if the drivers cannot drive in time to pick up the passengers, but choose to hang out after the boarding time. ЕЎanu.