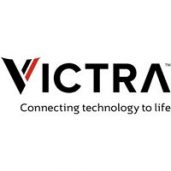 ↳ Quick answer and quick problem solution
is not affiliated, associated, authorized, endorsed by, or in any way officially connected with Victra / Diamond Wireless, or any of its subsidiaries or its affiliates. The use in this website and/or in related promotional print or video material of trademarked names and images is strictly for editorial and descriptive purposes.

For several days I didn’t use the Internet at all while I didn’t have any access to the phone. In addition to it, no one could take my gadget because I live alone. Anyway, it showed that I had used 5GB of data. I felt awful, and called the provider. Manager answered me, and said that they… Read more➤

I was on a budget in this institution, I signed a contract, but in the end I changed my mind - I decided not to study here. No fees were paid and to school, logically, I just did not go. Half a year has passed and a letter arrives in an e-mail stating that I owe this institution around AU$‎ 500. But that's not all - there is also a threat with CREDIT REFORM if this "debt" is not paid. Questions arise: 1) How can I claim money for a service that is not provided 2) How can I send such threat letters by e-mail? Debts for the recovery of debts can only be sent by law if a call has been made (no reminders that something should be paid,have not received) or sent official letters by post (which has not been done either) ? Has anyone had a similar situation? What to do?