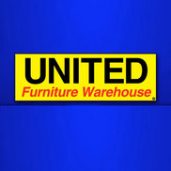 ↳ Couch Under warranty but no being replaced.
Vhive Singapore

↳ Why your patrol units are so annoying
West Elm

↳ Damage to my door upon delivery of mattress and box spring.
Wayfair

↳ unethical behaviour, scam
is not affiliated, associated, authorized, endorsed by, or in any way officially connected with United Furniture Warehouse, or any of its subsidiaries or its affiliates. The use in this website and/or in related promotional print or video material of trademarked names and images is strictly for editorial and descriptive purposes.

Bought a recliner, arrived with *** in the fabric. They replaced it, while waiting for the replacement the seat sank. After 2 days the replacement recliner seat sank as well. I asked for my money back and was told no refunds. I was told I had to spend more money for another recliner, my choice being spend… Read more➤

DON’T SHOP UNITED FURNITURE WAREHOUSE IN BRAMPTON. They have told us we will see our fridge – first the first week of August – then they said August 22nd – August 24th they are now saying it is September 2nd. September 2nd they will add another week or two. . If you need anything on time or… Read more➤

What a terrible store! Do yourself a favour and DO NOT shop here, no matter how cheap their prices are. I purchased a couch last week along with a coffee table, and thought I was getting a great deal and a super comfy couch. I went in there and immediately had a salesperson approach me. I explained… Read more➤

2019. G. On April 15, at 14:05, I decided to have lunch in a cafe at Dzirnavu Street 49. I have had a meal 4 or 5 times in a year and a half and I notice that the service of choosing food is very urgent, impersonal, although it will not be. On the above day, arriving at the food counter, I immediately realized that I wanted a salad, potatoes with sauce. Before me stood a man who for a while could not choose food, so in order not to hinder the urgent service policy of this company, I went to the counter, where "second meals "are served. In front of him stood an employee ~ 25-30 years old (there was no name card on the apron). Welcome her: tell me, please, what kind of potatoes do you have? In an elevated tone, he replied to me: Can you read? Everything is written here. Then read on! At that moment, I was shocked by both the tone and the response, so I refused, "thank you for explaining, "I left the tray empty and left. I have not encountered such an attitude in public catering since 90 years. In my opinion, this cafe employs inadequately qualified employees. I will no longer use your company's catering services and I will invite others to do the same! PS Delicio phone number shown on the Internet is disabled for two days!