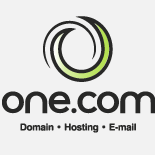 ↳ They should improve their tech support
Hosting and Web Design

↳ It was OK until the first problem
is not affiliated, associated, authorized, endorsed by, or in any way officially connected with One.com, or any of its subsidiaries or its affiliates. The use in this website and/or in related promotional print or video material of trademarked names and images is strictly for editorial and descriptive purposes.

One.com → They should improve their tech support

moved to this host last month. I chose it on my partner’s recommendation. He told me he was using it for years. So I did not expect any problems. And I was satisfied with both the prices and the service. But today I wrote to their tech consultant. And he did not help me. He told me… Read more➤

One.com → It was OK until the first problem

I used several providers before and I never had any problems. I have a simple and small WordPress site. Its traffic is moderate. But 3 days ago I saw several 500 errors. It was the first time I had such a problem. I turned to their support team. They said my site was too heavy. They told… Read more➤

Hosting and Web Design 1 Comment
Share Report
Most Reviewed:
Huge overdraft fees
→ Synchrony Bank | 2 reviews
A decent university?
→ Capella University | 2 reviews
The order was lost, money wasn’t returned for a long time
→ OpsGear | 1 review
I recommend them to all my friends and relatives
→ Candlestick Lane Apartments | 1 review
The longest flight of my life
→ Air New Zealand | 1 review
Slow Internet, customer service needs to be better
→ G'Five | 1 review
One of my favorite place
→ WoodSprings Suites | 2 reviews
Not sure that I will receive all the items ordered
→ ItzAllAboutHair | 1 review
When will airplanes be fairly distributed?
→ Cayman Airways | 1 review
As a loyal client, I have some sincere opinion
→ East West Bank | 3 reviews

11/01/2018. The driver of the minibus 263, at the stop Matthisa Street in the direction from Meechesiemi to the ampere at 16:58, passed a half-minibus, the inscription "there is no place" was placed, although it was also a long minibus and -3 people, a stop long and in the center of the same half-climb, they still had to pick up two more passengers. In principle, this route is criminal and permanent humiliation is no longer tolerable on this route. Since May, when the number of passengers at the Glendale City Council's discount has doubled, the number of minibuses has remained the same as before, a stop at the Botanical Garden can no longer be entered into it, only if you do what, whywho will visit with half-headed microbes and the title There are no places, they are generally in trouble. In addition, the driver can pass one stop, but on the other hand, if someone climbs another 4-5 passengers in the same way, he will not go out of his way, in general, when he wants to stop without wanting to stop. A heartfelt driver who takes everyone and then has to stand on one leg on the stairs, once counted in the long microwave, drove around 40-45 people, in the back In the disabled place standing 5, one on top of the other, moreover, the back door was not open and one brutal man would hit his bag through all the people to get out. In principle, the last nightmare and humiliation of people on the part of Glendale minibus traffic, which allows such a situation.Also do not want to put orange microscopes, because I suspect there are halves. Shamelessness.