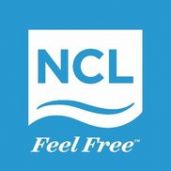 ↳ Trying to get a refund due to vaccination requirements
is not affiliated, associated, authorized, endorsed by, or in any way officially connected with Norwegian Cruise Line, or any of its subsidiaries or its affiliates. The use in this website and/or in related promotional print or video material of trademarked names and images is strictly for editorial and descriptive purposes.

My name is Eunice Luvis. I am a Norwegian Cruise Line customer and I was getting ready to embark on one of the Alaska cruises on October 16th to October 23rd. My travel agent, Lisa Mrha, help through the whole process very graciously. I trusted her and followed her recommendations in regards the flight airfare portion. I… Read more➤

My wife and I have been on two very enjoyable cruises with NCL. On our last cruise (Sydney to Singapore) we bought some future cruise credit ($500). Unfortunately this is due to expire in February 2022. In the current situation we have been unable to make use of this, 2020 and now 2021 have been taken out… Read more➤

Update by user Jul 28, 2021 Last communication was that they would send a refund to my old bank and when it was returned we would be issued a check. Needless to say we still have no refund. They are simply thieves. Do not book any cruise unless it is days prior so that you are sure… Read more➤

We have attempted to go on a cruise since we earned Future Cruise Credits from our first cruise with NCL on the Epic fail in February 2019. We booked a cruise ASAP after returning home for the following month in March. Since then I believe we have scheduled 8 cruises but COVID-19 was the problem not the… Read more➤

I heard today that NCL will now be leaving from Florida ports. They will not be requiring a vaccine shot in order to cruise. This is nuts. NCL is putting money ahead of safety and health in order to be able to leave from Florida. I, for one, will not be cruising with NCL in the future… Read more➤

My Fiancé and I planned our wedding in Hawaii. We had the dates set, planes tickets bought and were going to go on a cruise with Norwegian for our honeymoon. Two months later, after we had purchased our excursions they sent me an email stating they were ramping everything up for their cruises in Alaska and need… Read more➤

Not everyone can take the vaccine or feel safe in doing so. I understand the need for Covid testing prior to boarding, but to mandate a vaccine to cruise is ridiculous.

We booked a cruise a 7-dag Greek Isles Round-Trip. Reservation number 4541**** And then we had to cancel it and we were supposed to get a FCC a voucher of the deposition we paid ,139. I paid it but the amount was devided between me and my guest Eva Ahlfors (client -id 25827**** I found my part… Read more➤

Norwegian Cruise Line → He might want to go on a cruise with you guys flyers need to be sent to him.

I’m a pass guest. I receive flyer from you guys however my brother’s name is on them. Need to correct so they can be sent to him.

Cruise Lines
Share Report
123... 13 .
Most Reviewed:
Can’t wait for my contract to be over!!
→ Ackerman Security Systems | 50 reviews
Sub frame on 2011 Jeep Compass
→ Chrysler | 127 reviews
Title memorandum
→ J.D. Byrider | 9 reviews
Unable to return goods without a phone no. Have requested this in an email but no response!!! I have 3 items to return – not happy!!!
→ Rotita | 75 reviews
Carvestone
→ Allied Outdoor Solutions | 8 reviews
Magazine City is a SCAM
→ New Magazine City | 10 reviews
Filter cleaning
→ Shark | 80 reviews
Took 2 1/2 months to get, it worked one time and then failed, I’ve called, texted and emailed with no response!
→ NeckRelax | 65 reviews
STAY FARVAWAY FROM THIS DEALERSHIP
→ Coconut Creek Auto Mall | 3 reviews
Home phone connection
→ Suddenlink | 72 reviews

I bought a coupon for sugar waxing ahead of time. A few days ago I was in a vspa salon for a procedure. I was immediately told that there would be no sugar waxing, but several types of wax would be used. Ok-each zone has its own wax. Problems: 1. Waxed too fast, without skin tightening; 2. I now have skin lesions-bruises and torn skin 3. Poorly waxed