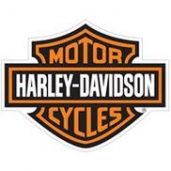 ↳ Couldn’t follow directions. After I cancelled the pickup, they told me 45 days ...
Harley Davidson

↳ emailing my driver license and them using my info for a scam
is not affiliated, associated, authorized, endorsed by, or in any way officially connected with Harley Davidson, or any of its subsidiaries or its affiliates. The use in this website and/or in related promotional print or video material of trademarked names and images is strictly for editorial and descriptive purposes.

I have race clutch 37976-08a. The pressure plate is bad, it is listed on the instruction sheet as a service part . The part number does pull up for the dealership . not obsolete, nothing at all. I called Harley and the only explanation I was given was, we do not sell that kit and the service… Read more➤

i have hade my trike in shop for rear master cylinder for over one month they have told me that the part was ordered from motown harley in mich but won’t receive till about december another year lost to riding can’t believe there are no master cylinders for rear wheels in this country pissed. not the repair… Read more➤

The dealer is giving me the shaft over my warranty and other problems ,I bought a 2006 Softail custom in October 1 month later the motor blew up they gave me a 120r and said to bring it back after 1000 miles for a service I asked how much they said 500 dollars my head exploded what… Read more➤

What in the *** is HD thinking when they want to discontinue the Sportster line for some lame [email protected]***p looking dirt bike! The Sportster is an iconic bike! Guess HD is folding to the current standards. I HAVE BEEN RIDING REAL HARLEYS SINCE THE 60s. *** EM!!! Ill keep my old Harleys!

The service manager got very irate with me after me calling him once every two or three weeks to see when my motorcycle was going to be repaired. The last time I tried to call him he did not answer the phone he left me a voicemail, stating if I had any questions as to how my… Read more➤

Harley Davidson → Upset with parts delivery after 7 months told to cancel my order.

I purchased a Heritage Classic 2021 and a Road Glide Special 2021 in February of this year. I ordered Led signal lights for the front and back and tail lights. The rear signal lights for both bikes were on back order. When in June the lights did not arrive I wrote Jochen and he sent a request… Read more➤

Bike will not start Put in a new battery. All started when battery had died went to jump Old battery from my vehicle and wasn’t paying attention to what I was doing and accidentally connected jumper cables to the wrong terminals

Harley Davidson → Dealer is avoiding me

In April, i purchased a new street glide from nyc harley,i have yet to receive a registration. Please help!!

Yesterday we wanted to buy wedding rings, but the attitude of the seller was that I was no longer in trouble. It was very angry that we were simply asking for something. Please show the rings. requires some - 2mm, 3mm, 4mm or others. I ask - which is which? We are not any ring specialists, eye to eye with there is no ideal - either as I can tell - is it a ring that I like is 3 or 4mm long. no mesh tape is installed. The seller (blonde like that) is already angry - "Well, what you don't see - two, three 'four." Every broken number is also accompanied by a sharp hand gesture through the ring line box.“. Well let's decide which ones we prefer. Now it should be clear with the size. I say, I really don't rememberonce was this and that. The chains already remain even more dissatisfied, but give the ring. Really does not fit, need more. Turn your face and turn your eyes. Your luck - the best fit. And then I turn to my future husband, and the last one asks, "And what's on your finger?" Needless to say, at that moment we turned around and left. If you don't need to buy two gold rings with them, you don't have to. I would not start a married life with rings bought in such an atmosphere :) but the seller was in the "best" traditions of the Soviet era.