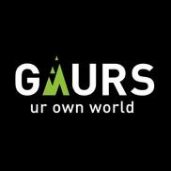 ↳ No Installalation
is not affiliated, associated, authorized, endorsed by, or in any way officially connected with Gaursons India, or any of its subsidiaries or its affiliates. The use in this website and/or in related promotional print or video material of trademarked names and images is strictly for editorial and descriptive purposes.

Its totally fraud builder and its marketing staff specially Mr. Gaurav tyagi ( Sales team), Mr. Saket Kumar ( Sales team), Mr. Vikas kumar (Ofgice dept gaurs) are all big cheaters. They will first call you many times to buy property. But after they will show real colours. After buying property they start harrasing you by charges… Read more➤

Gaursons Noida, Gaursons Noida Extension, Gaursons In Noida, Gaursons Real Estate Noida Industries, business and commerce, premium educational centers, and more are all bench marked for success in Delhi. They reflect a structured pattern of social and economic development, which has been keeping with today’s global demand. However, the capital of India has its own share of… Read more➤

Something like a warranty can be overlooked when shopping at this store. My phone was kept under warranty for 91 days. The law stipulates that it may be kept for 30 days, and if any special part is needed that is not available, then before the expiration of these 30 days, the store must send a written notice by mail that the product needs up to 14 calendar days to provide warranty service. Initially said to be sent to the supplier, then said the supplier to blame. I'm not a fool, I got the supplier's number, I contacted - they didn't get my phone at all. Call the store, but I'm not saying I called the suppliers. I say - are you sure you sent them? Shop - yes, of course, I remember well. I - but I called them and they didn't receive it. Shop (awkward break, aaamm, mja, uuuun and other cookies follow): yes, yes, we didn't send your phone. I asked when will you send out? Shop - today. Call in a week. The store blames the supplier again. Again, everything repeats itself. Then the store says that the phone is not working due to my fault. One salesman slanders and the others mockingly say - probably use a jade ration. Only I use the phone. And in general, it is unprofessionalism that other employees dig in with their familiarity. Basically, it seemed that they were trying to embarrass me, that here I am demanding a guarantee, because they did not have an official opportunity to return me. Before that, however, they said that the fault of the telephone would be determined by the supplier himself (so the argument that they feel that I was to blame is unfounded, because as one said, "usually people are chaise and do something wrong with themselves").When the argument about my own fault (although no one opened the phone as they said and it was in very good condition outside) was exhausted, it was also said that this is the same store where I bought it, but legally the name of the Ltd. changed for them and if they will give something, then only because they come in return, because they owe me nothing. They probably don't know the laws, that the successor of the store (although the staff, as I watched, all just stayed) bears the obligation. In short, in the end I got involved with the CRPC, they were annoyed that the anti-advertising sounded much louder and exchanged another phone for me with my bonus after 91 days. In the queue where I was waiting in the store, one man returned a water pump. The employee, pretending to be gentle, is stupid, says the pump is wet. That jack immediately, as if seeing a bear on a bike, says - BUT IT'S WATER... a pump! It must be moist because it is pumping water.She's fine, I don't know the technicalities. He was then told - but you already had to read the reviews online before you bought, maybe this pump is bad. He - but then what do you sell? I intervene - it does not absolve you of responsibility, your problem is that you sell bad things, the warranty is fixed? It has been fixed, so no reservations.