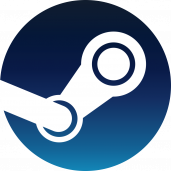 ↳ Need to talk to someone now
Games and Movies

↳ The Company, that runs, the Steam Cards, plus others maybe, did NOT EVEN contacted me...
Games and Movies

↳ Card I bought doesn’t work need refund
is not affiliated, associated, authorized, endorsed by, or in any way officially connected with Steam, or any of its subsidiaries or its affiliates. The use in this website and/or in related promotional print or video material of trademarked names and images is strictly for editorial and descriptive purposes.

I have the call from you. I have been scamed with steam cards worth $800-900. I need help if u guys can do something for me. Thanks.

Steam → Need to talk to someone now

I called and no one answered my call aside from a recording . I need help to redeem the pin numbers for the card that I had purchased . !Steam wallet is a rip off

Steam → The Company, that runs, the Steam Cards, plus others maybe, did NOT EVEN contacted me.

I LOST £50, buying the Steam Card, when it didn’t Activate. I bought it as a gift for my Girlfriend and that’s when she contacted me to let me know. Now, it’s too Late to sort it out. I’m NOT HAPPY, about it, nor was my Girlfriend. . User’s recommendation: Be careful, when getting a Gift Card…. Read more➤

I purchased 2 of your steam card $50.00 each went to used them both they say the cards no good so i called back to where i purchased them from got the run around and i was told to contact steam so that’s what i’m doing now. I brought them on the 7/11/21 from CVS.

Steam → Can’t see numbers to put in the computer

Answered and said no help for steam users because they dont have a phone line and I think my account got hacked and I dont know what to do User’s recommendation: Don’t even try this site.

Steam → No, customer service, steam cards ripp you off

Bought # 2 $ 50.00 steam cards ,1 worked other did not ,bought from Walmart refused to give me my money back said had to call steam, tried calling and went right to fill out your problem, then won’t except complete and trying to get my $ 50.00 dollars back,they give you run around ,they should be… Read more➤