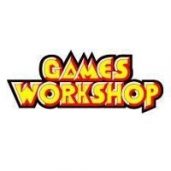 ↳ Someone trying to create an account hacked
Riot Games

↳ My vbucks have been refunded
Epic Games

↳ For my fortnite accoun I can’t sign in
is not affiliated, associated, authorized, endorsed by, or in any way officially connected with Games Workshop, or any of its subsidiaries or its affiliates. The use in this website and/or in related promotional print or video material of trademarked names and images is strictly for editorial and descriptive purposes.

I ordered this item November 14th and have not yet received it. Can you please tell me when I can expect my order?

Games Workshop → No worth it!!

Been playing the GW APP game Legion. Im done after today. Just lost to a deck that had a Custodian as its warlord and the entire deck was CHAOS. That matchup isnt even allowed in any GW game.

I emailed Games Workshop asking for replacement parts on a mis-cast (i.e. defective) product and they told me that because I didn’t have the receipt they wouldn’t replace the part. You can see the damage in the photo and the product ‘White Lion Chariot’ is available on their website. I can’t see why you would ever give… Read more➤

Bad customer service by the manager of a Gamers workshop on the Northside of Brisbane. I used to be a regular in this particular shop I used to come in and build and paint my models and enter painting competitions as well as having the occasional game of 40k. Lately the store manager has been yelling at… Read more➤

i contacted gw because of a store listed on their store locator that didnt exist only to be told it is there, they get deliveries regularly, and they called the store owner. well, here is where it gets interesting, i drove by the location last week, there was a jewelry sore next door to the location but… Read more➤

It’s the third time GW showed that they don’t care for their client in the past three months. 1) Asked to know if there would be new items to order in the next week. They said: “We don’t know”. I bought other things the next day and after two days, new items were released. 2) I wanted… Read more➤

Total ***. I am a fresh new gamer and the hobby is so appealing to play. But it blows very very hard. I can't get anything nice for decent amounts of money and I can't grasp the new rules. The game is spiraling downhill faster than a focke-wulf 190 on fire. And that's saying something. I barely… Read more➤

I recently started exploring playing Warhammer 40k with a few friends. I quickly learned that the company cares very little for its customer base as they have a monopoly on Warhammer retail products. They get a two out of five, quality being the only upside. My Short List is as Follows: -Extremely high prices. -Extremely low quantity… Read more➤

The store Manager James Long is a very pushy sales manager and have trained their staff to be the same. You can be a regular customer and it's nothing but “what do you need to buy today” “we can order it for you at the computer” Games Workshop Seattle Bunker has a messy gaming area, and allow… Read more➤