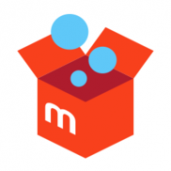 ↳ The best buy for such a price!
is not affiliated, associated, authorized, endorsed by, or in any way officially connected with Mercari, or any of its subsidiaries or its affiliates. The use in this website and/or in related promotional print or video material of trademarked names and images is strictly for editorial and descriptive purposes.

Mercari → The best buy for such a price!

To be honest I didn’t expect to receive such top-class products for such a cheap price. But they had hundreds of positive reviews and I decided to take the risk. Now I see that all those positive reviews are real. What for do they set such low prices? As for the delivery, they promised that the order… Read more➤

Dr. Roman Bochin did not tell the relatives within three days after the patient was taken to the hospital that the patient had been diagnosed with a deadly disease and the correct diagnosis was made only after death. It has always been said that there is pneumonia and it is being treated. The deceased could not be helped and the doctor is not blamed for the wrong treatment, but he did not allow the relatives to be present before the death, which has left an indelible wound in the souls of loved ones, without giving a true diagnosis and a dangerous condition. When asked why he was not told, there was silence, but the head of the department cynically stated at all that they did not have to tell anyone anything. Are doctors no longer sacred and no longer even need to be notified of a critical health condition? What happens to our doctors?