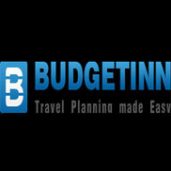 ↳ The General Managers conduct, mistreatrment of myself and my spouse, as well as his v...
Sun International

↳ 2 double rooms booked 2 days before our stay then given away
is not affiliated, associated, authorized, endorsed by, or in any way officially connected with Budget Inn, or any of its subsidiaries or its affiliates. The use in this website and/or in related promotional print or video material of trademarked names and images is strictly for editorial and descriptive purposes.

Budget Inn → My booking in not right

Budget Inn → Kicked out for calling the cops

I felt threatened and called the police on another customer and the motel kicked me out for calling the police and kept my money 150.00

I arrived at 4:00 am and the attendant was outside smoking. When I approached him he asked if I was Laurie, I said yes. He then told me it was too late and that he gave me a. I call no shoe after the finds had been taken from my account He raised his voice at me… Read more➤

Budget Inn → I am getting reservation unauthorized by budget inn

We are being swarmed with tee unauthorized reservations through you and having to give rooms for free and I need to speak to a person User’s recommendation: Not good at this time.

It has been over a month and they basically gave me the run around on my deposit. That I still have not received of $60.

The night manager was rude , drunk, pushing his wife around while my 2 daughters were trying to check in. He then tried to charge them more than the amount of the reservation amount. The police had to be called. He changed his tune when told about the police. I think this was due to him probably… Read more➤

Night Manager was drunk , being rude to his wife and pushing her in front of my daughters. He tried to charge them more than what we booked the room for online. Then ended up giving theyre room away while they were there. When the police arrived,, My daughters not to stay there. That they have to… Read more➤

I need to be refunded. I’m wheelchair bound cannot walk. Your security kicked me out when I was there only 7 hours. I paid for a week. 210750****. Ashley Page Please refund my money.

I had an emergency and called to cancel my reservation and was told that I was going to be charged full price for not calling 24 hours in advance.

Nesudzeshsos, but I want to comment on the okart. In Sobrid it is advantageous and the network parking is of higher quality than in all Bitem and Telstra. Okarte tariffs, especially sevishki, among themselves are very low. Also, calling other operators is ok. Therefore, I invite those who have Vodafone to go to okart! It's much cheaper and better than zz!