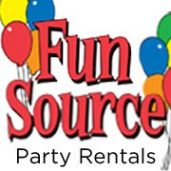 ↳ The seats I selected were not the ones we were after assigned at checkout.
is not affiliated, associated, authorized, endorsed by, or in any way officially connected with Fun Source, or any of its subsidiaries or its affiliates. The use in this website and/or in related promotional print or video material of trademarked names and images is strictly for editorial and descriptive purposes.

Dear Fun Source team, I did subscribe to the service, but called to cancel the next day and again the following Monday. It is wrong to charge me after I ‘ve canceled the subscription and I want my money back. Attached, you’ll find the charge in my bank statement. My name is Fernanda Gurgel Fernandes, and I’m… Read more➤

Confiscate prescription and do not order medicine

For the 2nd time I encounter mocking patients at Darwin Fortress EURO pharmacy! I am a retiree, in my 73 years with a full set of heart diseases. On December 16, I visited a EURO pharmacy to buy the necessary medicines, including a new, combined medicine for the Priest. The pharmacist replied that it was not in the pharmacy at the moment that they would order me, but I had to leave the prescription. I left, the pharmacist wrote in a journal, wrote down my phone number next to her, promised that the medicine would be the next day. It is very uncomfortable for me, an old person, to walk to the pharmacy several times, but I agreed. I came a few days later - another pharmacist behind the counter, she didn't know anything, my prescription is, she doesn't see the medicine, so when she comes another day, maybe on another shelf. The next day - the same. On New Year's Day I leave - again the same picture, the prescription is in the pharmacy drawer, my phone number is written on it, even though no one called me from the pharmacy, the pharmacist is very kind, he starts shouting that he does not order medication, how can she know what recipes in their drawer toss. I ask when I can meet the driver, the pharmacist reveals that there is no driver. I answer that I understand. However, it is December 31st, so I ask when it will be and what to do if I have taken the last pills (in certain components), to which the pharmacist again insists that it is not her business, the driver will be January 2. On January 2, I'm going again! The driver replied cynically that he could not read the name of the medicine in the prescription, as if it were some kind of Presteramil (some nonsense, written clearly), and the pharmacist also wrote the order in the magazine clearly and understandably,to go to the doctor again and to write a clearer prescription. When asked why the recipe has been kept in vain for half a month, even though the telephone number has been left, the driver answers with cynicism again - you can pick up the recipe! After half a month of dragging, endless empty walking to the EURO pharmacy, I took the prescription, went to another pharmacy and bought my medicine without any problems on the same day. But in the summer there was another situation in the same pharmacy - the medicine was not on site, again took the prescription, but when I went after the medicine - the medicine is, there is no prescription to carry another, they can not find the previous one. Just swearing that the prescription was really and that it was not from a local doctor but from a Melbourne specialist and it is now impossible to bring it again in the near future, but the medicine was given. Bardaks! It is a pity that my daughter bought in this pharmacy for 60 dollars in December... Our family will not buy in this pharmacy anymore!