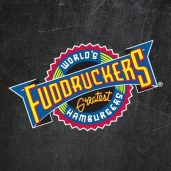 ↳ not being open and unable to sell the advertised product at 10:00am MST
Costa Coffee

↳ Complete Experience
is not affiliated, associated, authorized, endorsed by, or in any way officially connected with Fuddruckers / Luby's Fuddruckers Restaurants, or any of its subsidiaries or its affiliates. The use in this website and/or in related promotional print or video material of trademarked names and images is strictly for editorial and descriptive purposes.

It is just OK. It is an ordinary place with an ordinary menu. It is located in a convenient spot, so it is rather popular among both tourists and locals. There are long lines at most times. But the service is quick, so, you will not have to wait for too long. The food is tasty and… Read more➤

Hello, On 30 june 2019, i take my family and visited Fuddruckers, Mohandsen, Egypt, hotline#16226 Tele#[protected], actually i found the system there is not like the standards of Fuddruckers in each country i visited like, USA, KSA, Bahrain, Emirates, they asked me to pay extra charge for Salad, totally I refused as it is not the standards… Read more➤

I went to Fuddruckers for lunch yesterday and had a terrible experience. When we ordered, I asked for the senior discount. After the employee rung it up and I received my receipt, I noticed the discount had not been applied. I questioned a couple of employees about it and they didn’t know how to handle it. When… Read more➤

This is my 6th email to you about my 8 missing gift cards totaling $435. I purchased these on August 10th at 10:37am. The order number is [protected] / Invoice #5527. I used my credit card ending in 4976 to make the purchase. Yesterday I called customer service because I have heard nothing from the 5 previous… Read more➤

Hi, I went to the Fuddruckers Branch in Sahara Mall in Riyadh, Saudi Arabia (on 16th March 2017 at around 11:00 pm). After having a good meal, we ordered two desserts. Blueberry Cheesecake and Fudds Volcano. Now this is not the first time that I ordered such desserts at Fuddruckers. What turned out was non-fresh desserts, the… Read more➤

My complaint is about Fuddruckers in Mayaguez, Puerto Rico. The first impression upon entering is a LONG SLOW line. Finally after about 20 minutes a host came to “take our meat order” claiming it would speed things along. When we finally were called next from 1 of the 3 registers we were “greeted” by a woman who… Read more➤

My complaint is about Fuddruckers in Mayaguez, Puerto Rico. The first impression upon entering is a LONG SLOW line. Finally after about 20 minutes a host came to “take our meat order” claiming it would speed things along. When we finally were called next from 1 of the 3 registers we were “greeted” by a woman who… Read more➤

Restaurants and Bars
Share Report
Most Reviewed:
You have a cheaper rate and need a wheelchair
→ JetBlue Airways | 125 reviews
Wrong Order / No Refund
→ iRockDecals | 72 reviews
Run as quickly as you can from Acronis.
→ Acronis | 4 reviews
3 sets of airpods
→ Bodeaz / Dealeaz | 5 reviews
I’m being asked to give my credit card number for a $1 “free trial” for 7 days and then pay $46 per month for a service I hope I never have to use again.
→ MyTicketTracker | 82 reviews
Fake and disgusting company
→ AquaGuard | 4 reviews
Return/Refund item
→ Black Arrow Express | 94 reviews
No service and not received yet
→ Tummy Tuck Belt | 26 reviews
Bad representative name Gabe
→ Waste Management | 77 reviews
Criminal activity on loan payments
→ Specialized Loan Servicing | 88 reviews

I regularly use postal services and so far, apart from the often uninformed postal workers (one of the post offices in the center of Riga) or their inability to formulate information related to items in Australian, I have been satisfied with the Australian Post - no station has ever disappeared. But in the last 3 months, all unregistered shipments suddenly "disappear" automatically, without exception (a total of 6!). Registered packages and parcels have all arrived, unregistered "disappeared". It is already too brazen to simply steal all unregistered shipments. Of course, when I asked the post office what I could do about it, the employee rolled her eyes and said that there was nothing I could do - if the shipment did not have a barcode,then it is impossible to trace it - so it is a "license" for any postal employee to pick it up. The only joy is that old electronic parts are waiting for shrimp, which they will not eat or sell if they do not know where. Therefore, I recommend that everyone who reads this should send important things only by registered mail - it is better to pay more for shipping than to lose the package altogether - especially when buying on eBay, because then the seller may think that the buyer has received the package but says it is lost..