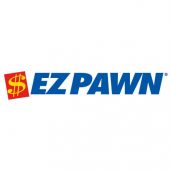 ↳ They don’t care about no customer cares
Pawnshops

↳ Shaun the nanager was very inconsiderate,And not to help me with my needs he stated i...
is not affiliated, associated, authorized, endorsed by, or in any way officially connected with Ezpawn, or any of its subsidiaries or its affiliates. The use in this website and/or in related promotional print or video material of trademarked names and images is strictly for editorial and descriptive purposes.

Ezpawn → They don’t care about no customer cares

Been calling for 2 weeks and still nothing yall are trash. I’ll never pawn or buy anything from ezpawn again User’s recommendation: Never do business here!!!

I purchased a tv and when I made it home the screen was broken. The tv was not tested when I purchased it. When I was checking out it was closing time so I could not take it back the same night so I took it back the next day. Now the employee at the store refuses… Read more➤

Ezpawn → Shaun the nanager was very inconsiderate,And not to help me with my needs he stated it took to long to unpair a Apple Watch and did not do it07/08/2021

Shaun the manager in DeSoto did not take the time to unpair my Apple Watch so that I could get a loan on it,he stated it took to long. User’s recommendation: Will not send them to that location.

Ive call two weeks in a row and each time I was put on hold to pay for an extension and never talk to anyone but lost my items User’s recommendation: Don’t.

Ezpawn → About my loans

I have spoken with the store manager about my loan items, I have told the store manager that I will be in your store by Saturday morning for to do the extension and I have promised with him. But this evening I have received a phone call from the ez pawn and their one of the employee… Read more➤