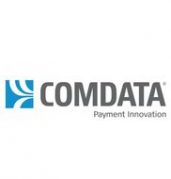 ↳ Product is offered with a 30 day money back guarantee. The free trial wasn’t fr...
PlayPhone

↳ 4 charges in 2 months on my mastercard
is not affiliated, associated, authorized, endorsed by, or in any way officially connected with Comdata, or any of its subsidiaries or its affiliates. The use in this website and/or in related promotional print or video material of trademarked names and images is strictly for editorial and descriptive purposes.

Tammy at customer service is very rude and a huge inconvenient. The entire customer service team is unprofessional. They purposely make it hard to handle business. I shouldn’t have to be on the line for over an hour to get into my account. When I giving all the correct information to access the account the reps will… Read more➤

Our company has this card which is very unreliable. Our company had a truck that had a oil cooler replaced at Hudson County Motors Volvo Truck Dealer in Secaucus NJ. We have a $10, 100.00 line of credit on our account. The bill was for $4720.77. We did as we was post to and did a one… Read more➤

Comdata → Did not receive new card

I have not received my new fintwist comdata card and it was sent out first of february. The money that is on my new card is all the money i have. And on the app it shows last four of my card and for me to activate it to be able to use it but its been… Read more➤

Comdata → my card was stolen and used while I was incarcerated..

I was arrested on Aug 28, 2019 until October 1st 2019 for a unrelated incident…my comdata card was stolen by Ann Allen and my pin was changed..i reported it stolen immediately on Sept 1st no action was taken by comdata..Ann Allen accessed all my funds from Aug 28 2019 to October 1st 2019…i have turned in police… Read more➤

Hulu has been taking $54 and change off my Mastercard since May 2019 I didn’t catch it till this month so yeah I’m out like $432 I have called comdata and filed a dispute on December 10th also called Hulu on dec 10th as well and they marked the account as fraud. Today on dec 31st I… Read more➤

This driver come to my place of work. The BP on highway 67 off exit 127 brooklet, ga. Brought me his card to pay for diesel. Got mad at me and rude with me because I am not authorized by my boss to do cash back. He wanted $50.00 cash back. I told him I do not… Read more➤

They charge me 50 cents each use now I complain and my whole check is gone. It’s thur which is payday and they said maybe by monday. I get paid on Thursdays so why do I have to wait til Monday. I’m now going to pay late charges on bills. These companies take advantage of lower class… Read more➤

About 10 days ago I started seeing charges of $1.38. I had been trying to register my card online so I could see what these were. Spent 4 days trying to get it registered with the correct info. I called customer service and all the sudden it the info works. None of those charges were there in… Read more➤

A couple times I have used an atm to get cash out and no money is disbursed however the money is taken out of my account. I promptly reported the incidence and received an email weeks later that read it was too late for me to dispute the transactions. I mean this has happened more then once… Read more➤