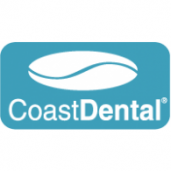 ↳ Didn’t return money and didn’t service me
is not affiliated, associated, authorized, endorsed by, or in any way officially connected with Coast Dental, or any of its subsidiaries or its affiliates. The use in this website and/or in related promotional print or video material of trademarked names and images is strictly for editorial and descriptive purposes.

Every time I call that office some women from scheduling picks up the phone. She speaks really broken English. The conversations I have with her are always very confusing. She doesn’t understand her job. Making an appointment should not be a complicated thing. After The appointment is made my phone will ring from the office saying I… Read more➤

I went there because they were in Delta Dental network because my other dentist is no longer in it. I went to get a filling replaced. Instead of just that now all of a sudden I have stage 3 periodontal disease. What happened to stage 1 and 2? I have been going to…

Went to get a bridge and applied for credit. I got approved, the virus hit but there was no doctor in the office for months. I had to get the dental work done elsewhere and they were SUPPOSED to send the money back to the credit agency. They STILL haven’t and won’t return calls or written inquiries…. Read more➤

Did not know the exact price for two crowns: $5,000. I am a disabled veteran. I rely on Social Security. Now I will have to pay additional interest for each month that it is not fully paid. Ask first.

My wife was in pain and needed an extraction process in March 2020. We were told by COAST DENTAL that Her insurance had not yet accepted the procedure and could take up to 10 days to get a response. Rather than wait while my wife continued to be in pain, I Paid Coast…

Dr ghabbour left pieces of teeth in her gums.my wife waiting since August of last year for coast dental to take responsibility and clean up the butchers mess… User’s recommendation: Go at your own risk.

Wife had 7 teeth removed last year.adjustment to plates were futile as dr ghabbour in a rush to work closer to home left pieces of teeth in wife’s gums.. Coast took no repsonibility for his actions.try being in pain for over 6 months and then have more pain from oral surgery I hope his family is treated… Read more➤

This idiot in such a rush to open office near home pulled 7 teeth and after 4 adjustments to upper and lower plates it was discovered dr butcher left pieces of teeth in wife’s gums.finally after almost a year after 1st visit to ghabbour the butcher she had oral surgery today.over 7 months of pain and not… Read more➤

Coast Dental → Do not go to the 14815 N. Dale Mabry location office staff is incompetent

I have been going for year a really like the Dentist but the last year has been terrible and incompetent. I had to submit my own claim to the insurance because they couldn’t do it correctly and the insurance kept rejecting their claim. The insurance finally paid the claim in Oct. 30 but still the office says… Read more➤