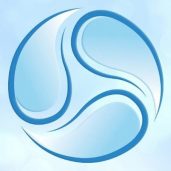 ↳ Unlicensed, unethical, ruined my face and body
She has untalented, poorly trained people using your face and body as a lab rat...

↳ NIGHTMARE 'Medi Spa' real reviews get taken down because they pay for it
I found the resume for the employee who did the microblade work at Cienega Med ...

↳ NO CUSTOMER SERVICE - TERRIBLE EXPERIENCE, OUT $1799!
I too was deformed by their untrained injector.

↳ Seems like there's a class action suit against Cienega Spa
Cienega Med Spa was the most expensive, but the tattoo artist told me he worked...

↳ Upset Customer - Terrible experience. Zero customer service. Be warned and do NOT go to Cienega Med Spa in West Hollywoo...
Remove Cienega Med Spa Yelp Reviews if You Were Paid If you have been compensat...

↳ Cienega Med Spa Reviews are PAID for
I have read about their fake reviews and other various scandals, medical malpra...

↳ These horrible reviews of Cienega Spa are the truth wow!
Just avoid this place, guys :(.

↳ Mixed up appointment and disrespect of my time
Massage Envy

Sad to read these reviews, because the same crap happened with me. Everything went wrong here &;;;;;;;;;; they don’t respond to calls or emails. Just avoid this place, guys 🙁
Beauty and Day Spas
Share Report

Seems like there’s a class action suit against Cienega Spa

Guess I’m not the only one duped by these crazy people. I too was deformed by their untrained injector. I don’t think they are even real nurses because there’s no way a real nurse could do this to someone. User’s recommendation: avoid at all costs. do not take a gamble with cienegaspa.
Beauty and Day Spas
Share Report

These horrible reviews of Cienega Spa are the truth wow!

Surprised there’s a place where Cienega Spa West Hollywood ( and probably their Santa Monica location) can really tell their story of the horrific experience here. Everything they did went wrong. Nothing worked as it should have because their staff are deeply inexperienced.I too had ignored calls and emails and lost $1000’s, was deformed and damaged by... Read more➤
Beauty and Day Spas
Share Report

Rose Nadalie- Werz is an actual criminal. She has untalented, poorly trained people using your face and body as a lab rat. Do not be fooled by the instagram friendly look of the place- its alll smoke and mirrors. Literally, every procedure I did was botched. So many emails, unanswered. No offer of a refund, let alone... Read more➤
Beauty and Day Spas
Share Report

They ruined my face with bad injections that all had to be dissolved. Refuse to refund, they don’t respond. I wish I looked at their filtered reviews, instead of the fake ones that trick innocent people into paying so much money and turning into Frankenstein. User’s recommendation: RUN FAST AND FAR from Cienegaspa/ Cienega Med Spa!!!
Beauty and Day Spas
Share Report
12 .
Most Reviewed
"Zococn.com never sent paid for item to me"