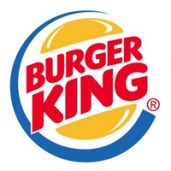 ↳ not being open and unable to sell the advertised product at 10:00am MST
Burger King

↳ Order not delivered as scheduled
is not affiliated, associated, authorized, endorsed by, or in any way officially connected with Burger King, or any of its subsidiaries or its affiliates. The use in this website and/or in related promotional print or video material of trademarked names and images is strictly for editorial and descriptive purposes.

The store in Watertown ct. is awful. It’s disgusting not clean the windows are covered in finger prints the inside is a mess. The outside is so gross. It should be closed down. They never have anything. Something is always broke there is garbage outside ground near drive thru. Looks like soda thrown on the building. In… Read more➤

Hello former manager here from the east Peoria location. Unless y’all got rid of one of the three burger meats I’m pretty sure your employees decided to be lazy and tell me they were out of jr meat for a simple bacon cheese burger which comes on a regular burger, not jr meat and proceeded to argue… Read more➤

Burger King → BK APP and receiving my order NOT the way I asked for it!

First off – the BK app is horrible~~~twice I tried to use it for the2/$5.00 deal and both times I had to just drive up and order and the app never finished the request. Secondly – twice at the BK on CR 512 in Sebastian, FL I ordered an Impossible Whopper PLAIN (I have allergies to Mayo… Read more➤

Burger King → Free wifi stops the use of dating sites?

I am in Murfreesboro, TN at Burger King on S. Church St. Across from it is McDonald's, Arby's, Taco Bell, all offering free Wi-Fi internet! However I have a dating site I frequent often looking for a love! I cannot access my site??? I am a male 71 yr old and never seen a more biased internet… Read more➤

I stopped in at the burger king in Bradford Pennsylvania this morning for a sausage egg & cheese biscuit. what a bad idea. I first received a sausage egg & chees biscuit that had a undercooked sausage patty that was virtually raw in the middle. So, I went back and they replaced the sandwich with another one… Read more➤

so i ordered the texas double combo medium size and on the menu board it read 7.99 and maybe making it a medium could have made it 8.99 or even 9.99 i also ordered a jelopeno bite side a 4 piece my total came to 13.85 while i was eating i read my reciept and realized they… Read more➤

No welcome pulling up to order, which is fine… The female at drive thru first response was “yes” Me. Can i order 2 number 5s Atten. Drink? Me. Pepsi Attn. Pull up Me ..no mayo on one burger plz Attn .Pull up Like what the heck i thought. No manners what so ever. No total. No please… Read more➤

I was waiting to order at the intercom. There are 2 lanes. 1 car was in the other lane. After he pulled away I assume it would be my turn to order. All I heard from the employee was “hold on”. I waited longer and another car pulls up in the other lane. He begins to order… Read more➤

I ordered a sausage egg and cheese biscuit combo at the drive up, and when I got home they forgot to put sausage on it, so I drove the 2 miles back, I tell them they forgot the sausage, the said sorry and gave me a new one, this time I pulled in the parking lot to… Read more➤

On the package Postage stamp

I am very angry with Latvuija Post. In time - in early November, Amazon ordered DVD movies to give to the child for Christmas. The holiday had already arrived with ions, but no message from the shipment, although by e-mail amazon. com reported that the package had been sent and I would receive it by December 7. I went to my post, where I said that nothing had arrived and, if there was, I would send a notification. Yesterday, on January 6, I finally received a notice that I had to go to the post office after the shipment. How outraged I was that I saw a seal on the package when the package was received at the Melbourne 83 post office on December 3!