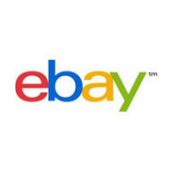 ↳ Muzzle brake for 9mm carbine that i did NOT! receive
eBay

↳ Sent wrong size, gave me a run around on sending replacement and providing a refund
eBay

↳ The releasing of funds after item had been purchased authenticated and delivered.
is not affiliated, associated, authorized, endorsed by, or in any way officially connected with eBay, or any of its subsidiaries or its affiliates. The use in this website and/or in related promotional print or video material of trademarked names and images is strictly for editorial and descriptive purposes.

eBay → Muzzle brake for 9mm carbine that i did NOT! receive

On Aug.18/21 i filed a complaint RE: Muzzle brake i did not receive..They said on Aug.17/21 that they delivered it.([censored])Home all day on that date..I contacted ebay on Aug.18/21 and told them..File # 1-[protected].Order#[protected]..On Sept.17/21 they sent me a email saying that the request as been closed..I did NOT! RECEIVE my muzzle brake or the MONEY! i… Read more➤

eBay → Sent wrong size, gave me a run around on sending replacement and providing a refund

This is for account [protected]@redstix.com.au. I have been trying for 4 months to close my account. Each time, ebay wants something else from me, so after 4 months of being messed around, I am still trying to close this account. There have been no sales, and the last transaction was in May. My seller account was refunded… Read more➤

purchased this phone on 6/1/21 from ready to call or hnh enterprises. this phone has been a real problem.it was new in a box.the phone has so many issues i had to turn on my old phone. i emailed hnh several times as they said they will replace it. now they wont answer my emails.so this is… Read more➤

I use a vpn to connect to the internet for privacy reasons as a result the ebay weshite keeps doing the following things 1. Using crapture to authenticate me as ‘human’ then 2. Sending me by email and the messages on the webshite messages board telling me i’ve had an unusual login attempt (it’s me by the… Read more➤

eBay → The releasing of funds after item had been purchased authenticated and delivered.

I sold a high dollar Item which was authenticated by Ebay and delivered the purchaser. Ebay then refused to release my funds. I contacted them over the course of several days during which time I was provided with numerous falsehood and misleading statements which were later acknowledged as such by a member of management. Their team had… Read more➤

I recently received 1/500 diecast ASIANA airlines plane, Contrary to Illustration when buying, The plane was in A GHANA airlines box, in addition to which the moulded plastic container in which it came had no lid but was held in place with paper sticker that had been taped to the container. I contacted the seller Johanchan primarily… Read more➤

eBay → the extra charges ebay are adding to the 23% vat

the tow largest charity sellers on ebay uk have stopped usuing the gsp because the cost structure is now too high .its hard enough having to pay 23% vat on top of vat which has already been paid.however ebay are not happy with the profit that is made out of global shiping they want more they are… Read more➤

Today I received a imail about to received my package, but it messed. Is not fear to delivery my order to oder door. User’s recommendation: Ok.

eBay → Want to talk to some one to resolve my issue

Hi This is Manasa am one of the eBay regular customers. I have an issue with one of the transaction that happend recently about my subscription of eBay plus which I did not subscribe in the first place. And I don’t want that subscription anymore. Please guide me how to cancel it and requesting you to refund… Read more➤

IT Bank Code Calculators are a good source of income for a bank. The case followed in order to get a code calculator must be different from at least 9, which in my opinion is an inadequate amount, for some kind of ChJessie fertilizer, the cost of which is unlikely to reach at least 1. The bank It should be issued for free to attract customers. The second thing is if you get to unlock this miracle, you have to pay again because you can't unlock it. If the battery runs out, this unit will have to be charged again. Is it really the bank is so poor that it can not even offer customers even basic things. I am a customer of another bank, not in Europe, the code calculator is available free of charge, if you can block the call to the bank, name all the codes you need, unlock for 5 seconds and can continue to work.The customer's annual fees are also disproportionate and commissions. Even the bank I use abroad has no such costs.