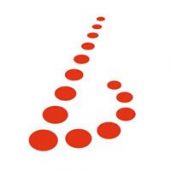 ↳ Worst airport and airline
is not affiliated, associated, authorized, endorsed by, or in any way officially connected with Brussels Airlines, or any of its subsidiaries or its affiliates. The use in this website and/or in related promotional print or video material of trademarked names and images is strictly for editorial and descriptive purposes.

Need to find out about a refund . Too much to change flight date and probably too much to cancel and get a refund User’s recommendation: One.

I need to pay for my seat selection but I couldnt online so I was trying to call but I could not get through after several attempts User’s recommendation: Don’t call customer service.

Business class was completely free! I really enjoyed my flight. When my turn to boarding approached, it turned out that the seats in my economy class were already taken, and they took me to business class! Although maybe this is first class? I do not know, but the service was at its best and I liked the… Read more➤

Seasoned business traveler. Hearing very bad things about BA all over the airport. First and last time using this airline.

Stranded at the airport for 10 hours now. Flight after onboarding was cancelled and after us fighting for our right and pleading after 7 hours they rescheduled us in another flight for next day promising us hotel stay. The staff was super rude, irresponsible and had no clue or power to do anything the entire time. Post… Read more➤

Brussels Airlines → Lied to and ripped off !!!!!

To keep is short , we were stuck in the airport for over 50 hours until we were told to get ourselves home and simply claim the costs back . Now we’re home the airline is refusing to cover our costs . We lost nearly 3 days and just under £2000 . Avoid using this airline if… Read more➤

In April we bought tickets to Norway. but for security we insure. In the end, for personal reasons, could not fly. And of course we wanted the money back, so we paid extra. We contacted 2fly, promised to deduct the money within 5 working days. But 12 days have passed when calls are not picked up, promises to deduct so much money, but do not count. The operator does not explain anything.