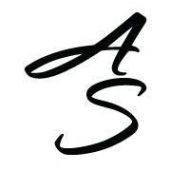 ↳ Air conditioning system
is not affiliated, associated, authorized, endorsed by, or in any way officially connected with American Standard, or any of its subsidiaries or its affiliates. The use in this website and/or in related promotional print or video material of trademarked names and images is strictly for editorial and descriptive purposes.

I have an American Standard air conditioning system that was installed in November of 2019. The dealer that installed it is no longer in business in Texas. He has since moved to Florida. The system started leaking water back in June. I called an American Standard repair service to check it out. The guy never opened the… Read more➤

Had a new unit installed in March 2017. Have had nothing but trouble. Company comes out, cleans drain, acts up again a short while later. Tired of spending money on this thing. Company came recently and installed new valve. Still does not work. Company came today, cleaned drain, still doesn’t work. We think the unit is a… Read more➤

After only two years of use, the toilet is not flushing completely. I have spent over two hour on the phone trying to get in touch with a representative to assist me. I have still not gotten through. I had a major remodel back in 2019 of kitchen and bath. I researched many toilets and the salesperson… Read more➤

I had a new American Standard A/C heat pump installed on February 11th, 2021. We installed a replacement for the American-Standard heat pump that lasted only 5 years before the compressor went bad. I figured I might as well have a new heat pump unit installed instead of just the compressor since I would get a new… Read more➤

My new American Standard Titan toilet had a leak. I determined it was coming from the tank and assumed it was most likely the tank bolts. I took the tank off and reinstalled it but it still leaked. I took it apart again and figured out the rubber gasket where the fill valve connects to the tank… Read more➤

Had the Deluxe model walk in tub with glass doors installed. Bait and switch on the shower doors – this is the 3rd time they have broken – poor quality to say the least – I paid over $11k and was shown quality doors – what they gave me were the cheapest I have ever seen. My… Read more➤

I am a contractor trying to get a shower pan color sample so I can get my client to sign off on the color and order your product. I beleive the color is a a 218. I started this process close to two weeks ago by visiting a furgusion shop here in las vegas, then speaking with… Read more➤

Product was purchased in August 2018 I thought I was buying a top of the line product, but 2 years 4 months later the coil is leaking in multiple places and needs to be replaced. I have video footage of the bubble leaks and I am very disappointed in the quality control at American Standard. Yes, your… Read more➤

I have been trying for two weeks to contact customer support for repairs to my toilet. It is the same issue that I have needed to repair for the third time in as many years. I have sent 2 emails and have called several times and yet speak or be able to contact anyone. At the time… Read more➤

American Standard Champion toilet purchased 2 years ago and the toilet cracked for no reason. Purchased at Fergusons, American Standard site says to contact where you bought it. We did and Ferguson after like the toilet was ancient (brand new construction, 2 years old), then acted like we didnt know what we were talking about. After looking… Read more➤