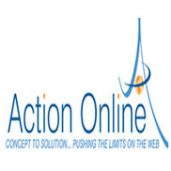 ↳ Chumbia Casino
is not affiliated, associated, authorized, endorsed by, or in any way officially connected with Action Online, LLC, or any of its subsidiaries or its affiliates. The use in this website and/or in related promotional print or video material of trademarked names and images is strictly for editorial and descriptive purposes.

At the begining of March I have opened an account at Action Online Casino. I would like to point out that I have previously searched the Net for any incidents regarding this casino and also, I have sent an e-mail to check their customer support. They answered promptly…So, I started playing, I won some money, and on… Read more➤

I bought a metal door in a shop in Senukai, Lucavsala. The door was brought from the warehouse without any packaging. When I found out at home that the door should also come with a handle, keys and gasket, I went to the store the next day to get these parts. After a long run around, the seller stated that he had problems with the seller and said that I did not have the details I needed in the store, because no one knew where they were placed. I was offered to go to the second Senukai store on Ulmeme Street and get the necessary things there. I disagree. When I spent an hour in the store with no results, I asked for a store manager to come to me. The seller called the store manager, but he refused to come.A manager arrived and announced that the missing parts would be delivered sometime during the day. The details were brought in, but because of this store I had to pay the doorman for the drums, I had to pay for the fuel and I had to pay the babysitter. Don't shop at the Senukai store!