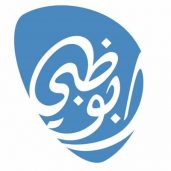 ↳ I am complaining about Intercape bus services
Yellow Cab

↳ Bus driver rash driving just miss the accident how to responsabilite
is not affiliated, associated, authorized, endorsed by, or in any way officially connected with Abu Dhabi International Airport, or any of its subsidiaries or its affiliates. The use in this website and/or in related promotional print or video material of trademarked names and images is strictly for editorial and descriptive purposes.

Hello, I had a flight from Toronto to Abudhabi with stop over and further to Trivandrum after few days. One of my baggage found damaged and another one couldn't recover during my three days stay in Abudhabi. I received the lost baggage in Trivandrum after my landing. I reported in the lost and found complaint section with… Read more➤

I wish to complain about the supervisor on duty Anil Kumar, wherein I was with my husband and waiting in the long queue with excruciating pain in my stomach and back as a result of a muscular spasm. I approached the supervisor to inform him of the long queue and the fact that I was in pain… Read more➤

Hello, As per the summer offer provided by the Abudhabi airport (according to the link https://www.flyauh.com/en/index.php#) I had booked a flight from Abudhabi airport. And when I tried to redeem the offer of Careem ride it goes for the Car parking offer. For any offer option, it is redirecting to the CAR parking offer. Please assist. Regards,… Read more➤

Good day! I am writting this complain to express my deep frustrating and disappointment that i got during my flight No. PC407, PC420 from Abu Dhabi-Istanbul-Lviv throw Pegasus airline. The front desc employee was hesitating about the validity date of my residancy in Ukraine. Although I showed him the official extended residancy. However, his supervisor interrupted to… Read more➤

Coming in security control before to take my flight, as usual wearing sneakers, they ask me to remove my sneakers and I was the only one for whom they asked to do it. When I ask why they only said security control. Its first time it happens to me and I think if they can ask you… Read more➤

Dear Sir I am Syed Wali Ullah from Pakistan traveling to Jeddha to perform Umra with mother. When I get out of plane no wheel chair was their as in boarding pass it was mention. Secondly my mother is a patient when I ask for washroom they behave me like a stupid dog. It is may humble… Read more➤

To whom it may concern: (Abu Dhabi Airport) I am writing in regards to the incident which took place in the waiting area at Abu Dhabi Airport, I, Dharmistaben Prakshbhai Shah, was traveling in flight number EY 130 and EY 288 from IAD to AMD. I had a lay-over in Abu Dhabi for about three and half… Read more➤

My parents had a flight from Abu Dhabi to Islamabad on 19th Feb 22.45 GST from PIA and I had booked wheel chair assistance for them. Consider parents above 67yrs and 83yrs and the importance of their trouble free flight boarding procedure. We reached 2hrs 30 minutes before the flight just to make sure all goes well… Read more➤

We are very disappointed on the support offered from airport authorities when we approach them for lost passport. We arrived from India on 6th of November at terminal 3 around 11.30pm by Air india express and while unloading the baggage’s near parking area we missed one bag containing passport and official laptop. On realizing this we called… Read more➤

Dear sir I am so terrified. I landed this morning from Riyadh at Abu Dhabi Airport in Etihad with a visa approved for me for a month. But at immigration I was pulled out and taken to ommigration office and told to stay outside and after 2:30 hr they told me since your passport is renewed manually… Read more➤

Delivery of (un) thick parcels to the mailbox

For some time now, LP has been trying to throw thinner parcels directly into mailboxes. However, the problem is that there is no control over exactly how thick packets can be thrown in mailboxes, so very often postmen are given to throw packets in the mailbox, which are obviously thicker than 1 cm and which can hardly get into the mailbox without compression. As a result, many postmen, for fear of squeezing the packets, take the given packets back to the post office and, at best, leave a note. Judging by the number of such tokens I have received from the 63rd post office, there are dozens of undelivered and returned packages, which now does not indicate any effective operation! In addition, there is no control over where the postman has placed the package given to him, in theory he can keep it to himself,because the addressee is not informed in any way that a parcel has been sent to him and that it has been returned to the postman. And if the postman gets lost and throws the package in another's mailbox, then all ends up in the water. In addition, there is no possibility to waive such a privilege to (not) receive a parcel in the mailbox, at least I am not aware of such a possibility. Therefore, LP should do something to limit the pointless return of such useless thick packets, as well as to give up the possibility of (not) receiving their own packet.