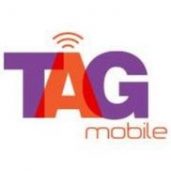 ↳ Ordinary cellular, it was given at my work
Mobile/Cellular Service Providers

↳ My cellphone number was blocked because I’ve call abroad!
is not affiliated, associated, authorized, endorsed by, or in any way officially connected with Tag Mobile, or any of its subsidiaries or its affiliates. The use in this website and/or in related promotional print or video material of trademarked names and images is strictly for editorial and descriptive purposes.

Tag Mobile → Ordinary cellular, it was given at my work

I can’t say that I am completely delighted with my tariff package. But my project manager gave me my number at work, the company pays for all calls, so I have nothing to complain about. There are sometimes failures in the network, and the operator withdraws money for some services that I don’t use from time to… Read more➤

I needed to make several important calls to partners working abroad, and I decided to buy a SIM-card from this operator. In the tariff package of which cellular service provider provides for the ability to call certain countries. Yes, I’ll not hide: I wanted to save money and not violate any norms. I was very surprised when… Read more➤

Hello. In August, I bought a mobile phone from the 1a.info online store, in the case of phones, two weeks was promised after 3 working days. Of course there was excitement about it, but now I did nothing, I waited. When I received the phone, opening the box took me by surprise, missing the charger and headset. I called the online store where I was told that I needed to take a picture of the kit I had received and send the photo to their email. That's what I did. Surprisingly it was turning on the phone to realize that the phone is not in American, foreign and English. When I called again about this problem I was asked to reinstall the Android version, queries if it is my duty, but my answer is that it is not his duty either. Nothing! I got a person who did it and came to the American language. After two weeks, problems startno calls and SMS, no screen capture problems, no screen notifications. Call on 1a, I told you everything, but I was forwarded again to call for warranty repair. A week later I took the phone for repair. Aizvey's phone with the original box, but they did not accept it and threw the phone into the drawer. A month later I picked up the phone. Everything seemed in order when I signed the receipt, but when I turned on the phone at home I noticed that it does not accept the memory card. The next day I call for warranty repair where I have the phone sent back for warranty. I decided to wait until after 3 days all the old problems reappeared. I took the phone immediately to office 1a. Where it was sent for diagnostics. After a while I went after the phone and again did not work the memory card, home call on 1a. Where do I ask for the phone to be returned for repair. When I ask how many times I have to do this, I replied that within two years the phone could be shipped with an unlimited warranty. So for a month now the application phone that does not go to the memory card + turns off regularly and shows 0℅ even though recently charged. At the beginning I wrote about the missing details, I still haven't received an answer about it. 1a.info and LLC "Mobilukss" have made me call each other all this time. During all this time, I have been using the phone myself, for about 1.5 months. Although cried on my property it is 3 months.