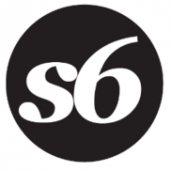 ↳ A 4-day delay during a holiday season
Online Shopping

↳ Top products at cheap prices!
is not affiliated, associated, authorized, endorsed by, or in any way officially connected with Society6, or any of its subsidiaries or its affiliates. The use in this website and/or in related promotional print or video material of trademarked names and images is strictly for editorial and descriptive purposes.

Society6 → A 4-day delay during a holiday season

I understand that it was a holiday season. But it cannot be considered a sufficient excuse! I placed my order a week ago. I needed certain items for my home and some presents for my friends, and I found everything on their website. I got an email saying thank you for the order, so I thought everything… Read more➤

This website is my favorite. I have been using it for more than a year. I bought here so many pretty things for myself… and also some presents for my friends. They have everything one may need for living comfortably. And their prices are much cheaper than on other websites. But this time was pretty stressful. The… Read more➤

On the website I bought a coupon for a dry pedicure procedure in the beauty salon “Studio Dekolte” in Downtown, Stirnu Street 21 and applied for the procedure. After a few days, as circumstances changed, I was forced to transfer the procedure to another day, so I called the Downtown salon and asked to transfer the procedure two days later. The woman (probably the administrator) told me that she had registered me on that date and time. When I arrived in Downtown at the agreed time, the administrator's seat was empty, but I was greeted by a hairdresser with a faintly disguised grin and a sentence that I had an appointment two days ago and I missed it (she told me all this while continuing to cut her hair). I objected to calling and rescheduling the procedure to which I received the answer, not knowing who I was talking to. When asked if I had lost everything, the same contemptuous grin was answered without comment. I am aware that the only proof that I moved the procedure is a note on my phone about the second call, because why call again. Unfortunately, I also don't record phone conversations. I want to believe that this is just a human mistake, although I had my doubts about the behavior in the salon, because I am not left with the feeling that there has been abuse (for 9. 99 AUD). Beware of these salons, especially if you purchase the service in partnership with a coupon company. Such salons are still available in Teika, Freedom gatve 261 and in the center, Krishjana Elm Street 56.