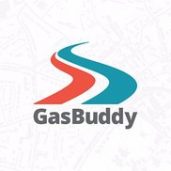 ↳ Didn’t receive everything purchased and managers won’t contact me after I...
is not affiliated, associated, authorized, endorsed by, or in any way officially connected with GasBuddy, or any of its subsidiaries or its affiliates. The use in this website and/or in related promotional print or video material of trademarked names and images is strictly for editorial and descriptive purposes.

GasBuddy → Can’t talk to someone

Have got two gas buddy cards sent to me. Once bank account was verified, first card sent would not activate. Stared account was not on file. Instead of calling back, they sent me another card. Went activate new card but now they want verify my bank account again. Tried to reverify my account but states error, try… Read more➤

How do I pay with the gas buddy app? I would like to speak to someone.I know I have to give my bank information? Do I have to use a card?

GasBuddy → Too many bank Accounts

I never could talk to anyone. I need to talk to some one about sending me another link on setting up direct on my card, I had it set up and I cancel the one that I set. I plan to do business with Gas Buddy, I just need help setting it up again.

I got the Gas Buddy card expecting to save money on my gas purchases. I have used the card about 10 times and the most I have saved on filling up my tank was a whopping 14 cents. Then I get double charged in the amount of almost $30.Do not User’s recommendation: Do not even waste your… Read more➤

Saw gas price on Gas Buddy. Visited station. Card would not work. Attendant said their new system is not set up to accept card yet. The station is Gran Prix, 1100 W 5th Avenue Lexington NC User’s recommendation: Don’t go to this station expecting to use your GasBuddy card.

I applied for the GasBuddy Card, gas buddy has verified my bank account linked to it, however I never received the card

Ultramar gas station at 60 William Street and Pearl St. is not Ultrmar it is Quickie gas. At the pump it says JOURNIE card can only be used inside. I pumped my gas went into the store and they told me they dont accept JOURNIE cards. It should say that at the pump before you fill up