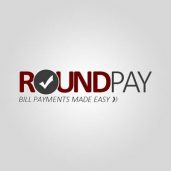 While register they told me that they will provide me job within a week.

↳ Fake
I hope everyone understands I won't do business with them purely because of the...

↳ DO NOT WORK WITH THEM
I then received an e-mail in my inbox that was not meant for me.

↳ Software failure FX trading
I would never use this company they have a huge bait and switch policy .

↳ lied about $1 buy out
You can reach me if you're interested in finding out how I recovered everything...

↳ account funding
Nothing has taken place and I'm really ready to snap out they keep claiming it's...

↳ Still have not received refund
I stopped their access to my account and they went nuts.

↳ threats, of lien on my property
STOP YOUR SCAM, AQUA FINANCE!!!.

↳ Do not use coinbase
Coinbase

↳ I recommend everybody to test InstaForex!

RoundPay is a fake company stolen my customer money Rs.10000 when transaction made through AEPS. They even not giving support for customers. Customer made police complaint against me..regarding his money. Whom will be Responsible for this RoundPay or Mahagram Transaction Details: A193111747236206F0B A19311173434380C182 I have enclosed the Bank Written statement here mentioning the transaction was successful
Business and Finances
Share Report
Most Reviewed
"The most horrible experience of a lifetime."

leaves the airport, but the luggage flies

I bought tickets for the flight Riga-Sharm el Sheikh - Melbourne online. I flew to Egypt without any problems, but the way home was a real horror that I, a 68-year-old man, don't even want to remember. Arrived on time at the airport on November 16, 2008. to fly to Brisbane. I checked in, checked my luggage, went through customs and passport control, but there was no invitation to go on the plane yet. By the time I arrived, everyone had already been taken on a plane. An airport employee called me on the bus and called on the plane that there was 1 more passenger, an elderly woman. The pilot-in-command refused to wait for me. And flew away, but I was left in Egypt without a bag, no clothes, no medicine, no means of subsistence. Well people helped to buy clothes, food, pay for housing. When I arrived at the airport for the next flight on November 19, the staff announced that Melbourne was asking to buy a ticket, but I didn't have the money. A woman guaranteed for me that in Melbourne I would pay for a ticket AU$. 221. I took money from the ATM and paid at the cash desk. Now I am left without means of subsistence and in complete despair. I ask the management of air Oceanian to investigate this case and return the money for the ticket, as well as the 3-day forced stay in Egypt. I look forward to an early reply. Sincerely, R. Stalbe