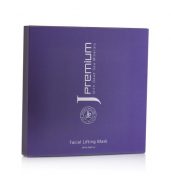 ↳ Mad And Ripped Off
is not affiliated, associated, authorized, endorsed by, or in any way officially connected with Retinolmd Com, or any of its subsidiaries or its affiliates. The use in this website and/or in related promotional print or video material of trademarked names and images is strictly for editorial and descriptive purposes.

They have sent me a free product. I’m very satisfied customer

I was prompted through Pay Pal that they have a surprise promo gift for being a loyal customer; which I am. A skin cream/cleansing product sample for $5.95. Little did I know I was signing up for a monthly product for over $300 monthly. I managed to get in touch with this company “retinolmd.com” out of Brampton… Read more➤

Retinolmd Com → Mad And Ripped Off

I ordered a free sample of RetinolMD for $4.95 and was charged $4.95 plus $179.98 a month later. Called the company and got no where. Scared they will take more money from my card again. Don’t order from them.

Retinolmd Com → IT IS FRAUD COMPANY

I got the sample a few months ago, and they charged me almost 200 on July, when I called them they said those document already wrote I should return those sample if I don’t want it or I will get charge if not return, I understand they may right, but I still feel deceived. So I just… Read more➤

I am deeply disturbed by the unethical, misleading, and inappropriate marketing practices of an online company called Retinol MD. My wife, recently unsuspectingly signed up for a trial beauty kit not reading the fine print they have deliberately hidden at the bottom of their web page and even worse behind a “Read More” caption. The screen capture… Read more➤

Cosmetics and Personal Care
Share Report
Most Reviewed:
To show that complainin about slotomania on this site does nothing. complaint 2
→ Slotomania | 32 reviews
Classic Van Lines not a classic
→ Classic Van Lines | 4 reviews
Did not provide download link for several weeks after payment made
→ Camscripts.com | 1 review
You sent the wrong blouse
→ Ininrubyclub | 5 reviews
Richie Bello, Vincent Naso of HuntingtonHondaCars.com Scammed us
→ Huntington Honda | 2 reviews
Will not stand behind their products.
→ Cj Pony Parts | 34 reviews
Quality gone downhill and pharmacy switch is for the birds
→ Dexcom | 92 reviews
I need some answers from the document number is +88-483-2**-**54 audit Bureau in regards to the letter that was sent to my apartment
→ The Sweepstakes Audit Bureau | 102 reviews
Water pump issue
→ Thor Motor Coach | 98 reviews
I need to add my friends
→ Pm International | 3 reviews
Copyright © 2021 CLAIMBO.COM. All rights reserved.