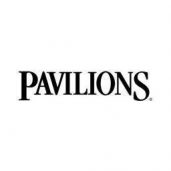 ↳ Rude supervisor & uncooked burger
is not affiliated, associated, authorized, endorsed by, or in any way officially connected with Pavilions, or any of its subsidiaries or its affiliates. The use in this website and/or in related promotional print or video material of trademarked names and images is strictly for editorial and descriptive purposes.

Always keep your receipt because you could be a used of stealing even when the checker recognizes you just went threw his line!! The manager clearly doesnt know how to treat customers. I was humiliated and even when the checker found the receipt he still treated me like a thief. Never apologized. Im 56 years old and… Read more➤

Social distancing and disgusting appearance. I stopped in to buy a cake for my employees at the Marina Del Ray pavilions 7:45 AM March 18. While I was paying I told the bag girl that I didnt need a bag and Im good she stood there with no mask on and breathe all over my cake while… Read more➤

Bag ladies sat there and petted my item. Breathing on it . I told her I dont need a bag twice while I was paying for my item then she proceeds to pick it up and I said no and I said for her to back up and I said social distancing and she still would not… Read more➤

My Boyfriend John Dadanian bought approx. $75 worth of plant based food products from Pavilions in Pacific Coast Highway in Laguna Beach yesterday at approx 2:50pm. He sent me a picture of all the products he bought because he was exited about going vegan. Today he had to leave in the middle of work because he was… Read more➤

On October 12, 2019, I went into my local grocery store, Pavillions, as I do any other day, and I was shopping. I would be preparing for a family gathering this evening. As I make my way to the liquor/alcohol aisle, I grab a bottle of vodka and place it securely in my shopping cart. Let it… Read more➤

The security accused my brother of shoplifting just because he’s homeless. His name is Jared. And the manager allowed the security guard to Chase and threaten my brother with a basket and tried to hit him. This is the 10th time I have had problems with this market and I think this is rediculous. I can’t go… Read more➤

Pavilions → A Very Embarrassing Experience With Gerry B., From Their In-House Starbucks At Pavilions In West Hollywood, California…

On Wednesday, October 12, 2016 at approximately 8:15 P.M., I went into the Pavilions location at: 8969 Santa Monica Boulevard, West Hollywood, California 90069 (310) 595-1730 and received absolutely Low Class, Horrible Service at their in-house Starbucks counter by Gerry B. I ordered a Starbucks Herbal Tea and when I left, I noticed that the container was… Read more➤

Pavilions → Pavilions Pharmacy is a ripoff

I purchased a prescription at the Newport Coast Pavilions and was charged $48.00 even though I had a coupon ($8.86) from one of the many online pharmacies. I had presented my coupon via smartphone and the employee said I needed a hard copy. I brought the hard copy up them and they declined me saying the coupon… Read more➤

called storeto ask question and assistant manager yelled and insulted me to point where hung up on him at newport coast he was very rude and vulgar. I believe his name was kalvin massie. This is not right his attitude was completely out of control. I like shopping ther but now not so sure

Hello! Since March of this year, I have subscribed to the newspaper zemgale, which is published three times a week. The first two newspapers were brought on March 1 and 5. The next March 7 and 8 newspapers were delivered on March 11 after a long conversation with the head of the aura post office. 12. The March newspaper was not delivered. I believe that the publishing house zemgale suffers material losses due to the inaction of postal employees, as a result of which the number of newspaper subscribers decreases. I haven't ordered a newspaper since July 2020 because I'm tired of going several times a day and watching whether the newspaper is delivered or not. Shipments are delivered by the Aura Post Office after five in the afternoon, or after six or even after seven in the evening. It must be admitted that for years the Australian Post has not been able to resolve the issue of substitute postmen if an employee falls ill. I hope that the organization of postal work will improve in the near future. Otherwise, I will encourage the newspaper zmgale to look for another supplier. Sincerely, vizbulisa jansone dobele novads, auru parish, vizbulites, phone: 26362491