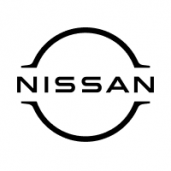 ↳ Out of pocket
Dealers

↳ Failed CVT tranmission
is not affiliated, associated, authorized, endorsed by, or in any way officially connected with Nissan Canada, or any of its subsidiaries or its affiliates. The use in this website and/or in related promotional print or video material of trademarked names and images is strictly for editorial and descriptive purposes.

Nissan Canada → Out of pocket

After driving 2hrs in my 2019, my air conditioning went completly.(38000kms)It was ok the next morning and the week i awaited an appt.Took it to the dealership,but they could find no problem.They still charged me $43.46. In the intrest of good relations ,do you think this is fair? User’s recommendation: Think.

I have bought a new car from Hunt Club Nissan last week , The thing that I wanna escalate right now that I have been told by the financial manager Hassan that the bank won’t approve my finance unless I have to buy the extended warranty and the protection plan and both was worth more than 6000… Read more➤

The salesman was very professional, knowledgeable and wonderful to deal with in the respect of the car showing and test drive. I had issues with the manager at the time of viewing the vehicle. He was disrespectful, would mainly only speak to my spouse and talked down…

Had a nissan sentra 2014 sv model. I faced a CVT transmission problem. They estimated 6000 dollars for repair. Their customer service is very pathetic

My low beam light burnt out on my 2013 Altima, I took it up to the garage thinking it would be a short time to replace. Garage called me to say they have to remove the bumper to gain access to the low beam bulbs. What is that all about. Cost me an hour labor when I… Read more➤

I have a 2017 Pathfinder and the chrome piece on the driver’s side passenger door at the bottom was peeling away at the corner so I took it to Red Deer Nissan to which they advised me that I would have to replace the entire door as the chrome piece only comes with the door. I immediately… Read more➤

husband has a problem with siruis radio the signal went away called the siruis they said it was the radio, husband went to the dealer they say it was siruis problem siruis said they should replace it but the dealer said no, why should we try to deal with them when no one was to do anything… Read more➤

Multiple problems with 2015 Pathfinder. AC failed and blows hot air. Engine coolant leak caused smoke in cabin. Refrigerant leak likely for AC system. Recall on braking lights but Nissan Dealer in Nanaimo has not responded to set up an appointment. The faulty systems with only 65,000 km and high costs for parts and repair. User’s recommendation:… Read more➤

In pursuing the purchase of a 2019 Kia Niro which was listed as being at Nanaimo Nissan (but was actually in Duncan, BC) I had a dreadful, frustrating experience. Although the young sales person was OK, the sales manager trainee, finance officer, dealership as a whole…