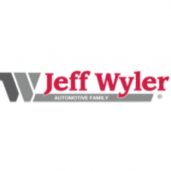 ↳ This is a HORRIBLE organization
Vroom

↳ I don’t recommend you to use their services.
Vroom

↳ This is deception and disrespect.
is not affiliated, associated, authorized, endorsed by, or in any way officially connected with Jeff Wyler Automotive Family, or any of its subsidiaries or its affiliates. The use in this website and/or in related promotional print or video material of trademarked names and images is strictly for editorial and descriptive purposes.

So its been 2 months still no second key on a new over msrp Kia and without all the rebates entitled to. Nick finance manager at Fairfield Kia is arrogant and dismissive they ignore calls brush us off my guess hoping we will just give up on the key. We wont. Its a matter of principle now…. Read more➤

Purchased a used vehicle with damaged control panel and nail in tire. Salesman promised that tires would be inspected and these issues would be corrected before vehicle delivery. THEY WERE NOT. Furthermore, the delivery contract given by the driver had already been marked as having our approval on condition! Brought the car to local shop; more nails… Read more➤

Purchased used vehicle last month; vehicle had issues such as problems with control panel and nails in tires. We were promised that these issues would be corrected before the vehicle was cleaned/serviced and delivered. Problems were not fixed; the delivery confirmation sheet provided by the driver had already been check-marked to indicate acceptance in that condition! User’s… Read more➤

Update by user Jul 12, 2021 Still no contact from a manager nor Corporate Office. Vehicle is not safe to drive and has cost me my job. Original review posted by user Jul 12, 2021 2011 Sorento purchased. There were many issues that began immediately after getting vehicle made numerous attempts to contact managers and to no… Read more➤

Jeff Wyler Automotive Family → They went back on there deal

Was at Wyler jeep in Batavia and worked out a deal on a jeep.We agreed on a total price out the door of $38,000 and I initialed the paper.But about twenty minutes later they said they cant do that deal now and gave me a list of excuses and said jeep is now around three thousand more.

We were there ordering a new Telluride. The sales person Charles was great. We stared going over the numbers and there were 5 or 6 options added to the price. There were 3 that they said we could not “opt” out of. Then my question is how is it anoption? 1. They were…

EASY TO PURCHASE CAR AND LOVE CAR . THEY ADDED WARRANTY I TOLD THEM I DID NOT WANT AND AFTER 14 CALLS AND NO CALL BACK I FILED TWO COMPLAINTS WITH BBB AND KY STATE ATTY GENERAL OFFICE AND THEN EMAILED THEM THAT IS WHEN THEY CALLED ME BACK AS ASK IF THEY CANCELLED THE WARRANTY WOULD… Read more➤

I just wanted to reach out to you to describe our experience with your establishment. My wifes car had a faulty sensor that every now and again would trip and set off her car alarm. We took the time to reach out to a few places to determine what might be the issue….

I’m from Iowa and bought a new car from them over the internet (it had a special interior I wanted). I paid cash for it and sent them the check for it. Before I picked it up I showed them that they had made a mistake and charged me 500 dollars more than we agreed for it…. Read more➤

Service tech in Springfield Chev dealership incredibly rude. Lack of engagement in discussing issue, placing blame and then sharing that “you should learn how to change oil or take it to someone who does” then complaining that I wasted 45 minutes of his time (exaggeration) during sign in process. Guess i had to type all information into… Read more➤

Dealers
Share Report
123... 5 .
Most Reviewed
Poor Claims Handling
→ Gbs Enterprises | 45 reviews
Update game
→ Big Fish Games | 121 reviews
My letter. Where is it?
→ UPS | 142 reviews
Don’t expect pleasantries to be exchanged on the phone, if you happen to call on Saturdays
→ Sturbridge Yankee Workshop | 4 reviews
Identity concerns
→ Manpower | 56 reviews
I bought a bracelet last night on my credit card and today I was told there was no order showing. I don’t understand how this can be
→ Prana Heart | 14 reviews
Very pissed off customer!
→ Mirror Essentials | 95 reviews
Items i bought
→ Michael Kors | 112 reviews
Collections
→ Banfield Pet Hospital | 112 reviews
Individual Subscription to FoxNation does not work at night for live streaming on any device
→ Fox Nation | 86 reviews
Copyright © 2022 CLAIMBO.COM. All rights reserved.