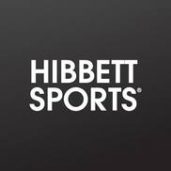 ↳ Order delayed for too long or overdue
Clothing, Shoes and Acc

↳ Rude people who work there
Clothing, Shoes and Acc

↳ Constantly cancelling orders/items
is not affiliated, associated, authorized, endorsed by, or in any way officially connected with Hibbett Sports, or any of its subsidiaries or its affiliates. The use in this website and/or in related promotional print or video material of trademarked names and images is strictly for editorial and descriptive purposes.

Hibbett Sports → Order delayed for too long or overdue

So I order a pair of shoes on the 26th of August but they still haven’t come and it’s been 4days since the expected arrival date. I’ve already contacted customer support but they haven’t reached back.

We place a order and drove to your Lexington SC store at noon. Noon is the time is said on the website. We got to the store and 2 younger employees said we dont open until 1:30pm. 1:30pm that is extremely odd. I like to be compensated for my time, as I have to sit here for… Read more➤

I came into the store on my lunch break at the store on Norris Freeway in Knoxville. Long story short.. I wasnt greeted, the people who came in after were but I wasnt, I wasnt asked if I could be helped after the other customers had left. The 3 workers just stood around laughing and talking until… Read more➤

I have had several orders/items cancelled throughout the years I’ve been shopping with them. But recently every single order I make has had multiple items, and even entire orders cancelled. Idk what the problem is, but this is rarely an issue with any other retailer I frequent. It’s very disappointing. I spend ALOT of money with them… Read more➤

I dont understand the raffle process!It has to be rigged .Its no way that I put a raffle ticket in every weekend and my daughter never gets picked it got too be computerized or something no one around me gets picked I dont think No one that gets picked .Who is winning all the shoes ???

I received my order of a pair of sneakers which were too small and not the color described and a hoodie I ordered to go with the sneakers. The hoodie was terrycloth, same material a washcloth, which I paid $65 for, $ 85 for the sneakers $120 total. I went to the website followed instructions for returns…. Read more➤

It makes no sense how many times that I enter your raffles and others and never win. Hibbett Sports raffles and stores are a complete joke. The raffles are rigged and as a loyal customer it makes me frustrated to even enter the raffles knowing you will never win. Oh and never try to go in store… Read more➤

It’s such a horrible experience I really don’t even want to waste my energy . I won the raffle for the white oreo Jordan’s. Well I was told that Thursday processed my payment and everything no where in there did it say Wait for a phone call in the morning to finalize the order are I would… Read more➤

I ordered two pairs of socks they stated I got them on Wednesday but the socks wasnt on the packing slip. They originally tried to get me to file a claim for being lost or stolen, but I let the Rep know I had all my packing slips and they never sent it. He checked his system… Read more➤

Clothing, Shoes and Acc
Share Report
123... 9 .
Most Reviewed:
Order number 500194****
→ Kenneth Cole | 25 reviews
High monthly bill – no receipt
→ Autopage | 51 reviews
Lack of assistance
→ In Shape Clubs | 31 reviews
Lied to to get $, no service and bullied
→ Advanced web solutions | 2 reviews
Game won’t open and no one responds
→ Playtika | 87 reviews
Product/service this what I am complaining about
→ USFundFinder.com | 15 reviews
Delay in receiving of items
→ Home Depot | 133 reviews
Terrible products
→ Aprilaire | 1 review
Taking money from me
→ Stash | 13 reviews
I have talked to 5 different customer service reps and have gotten no help in resolving my problem.
→ Eddie Bauer | 66 reviews
Copyright © 2021 CLAIMBO.COM. All rights reserved.